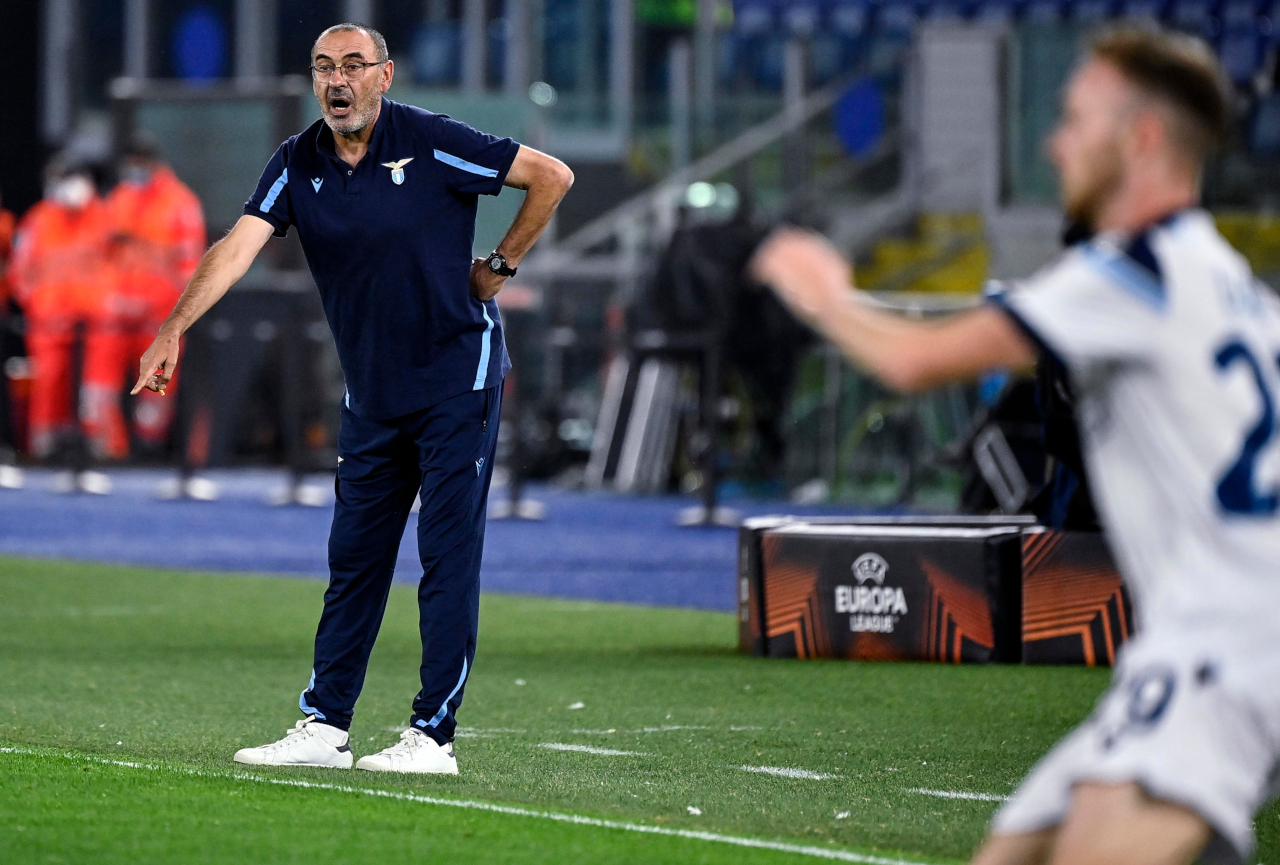 The Aquile were unable to get off the mark at the Stadio Olimpico, although Ciro Immobile had a goal ruled narrowly offside and thumped the frame of the goal.

“It was a good performance against a very good team. The sense at the start was we were lacking sharpness, while in the final 30 minutes we could’ve done with a bit more luck,” Sarri told Sky Sport Italia.

“It felt like we could’ve broken the deadlock at any moment, so there’s some regret over the result. We looked solid, believed to the end in victory and almost did it.”

Sarri opted to drop Luis Alberto for the second match in a row after the 3-1 Serie A victory over Inter and confirmed this is going to continue.

“At this moment, Milinkovic-Savic and Luis Alberto cannot play together,” said the coach.

“After the latest game, I realised it wouldn’t happen. If we are up against a more defensive opponent, then we could try that, but we watched Luis in training over the last few days and decided he is better suited when the game is played at a slower tempo.

“We had prepared the vertical passes in a very specific way today and Danilo Cataldi is a deep-lying playmaker suited to my football, but Lucas Leiva has mentality and experience. I will make use of them both.”

Before the match, Lazio director Igli Tare said that Sarri was brought in to change the mentality and raise the level of this team.

“Historically, Lazio have alternated strong runs of consecutive victories with periods in which they struggled. We have to keep the motivation high at all times and hope to resolve that defect,” added Sarri.

“Playing every three days is difficult, we are getting very few real training sessions, but this is a group I like working with. Our 100 per cent might be inferior to some opponents, but we still want to see Lazio play at 100 per cent anyway.”