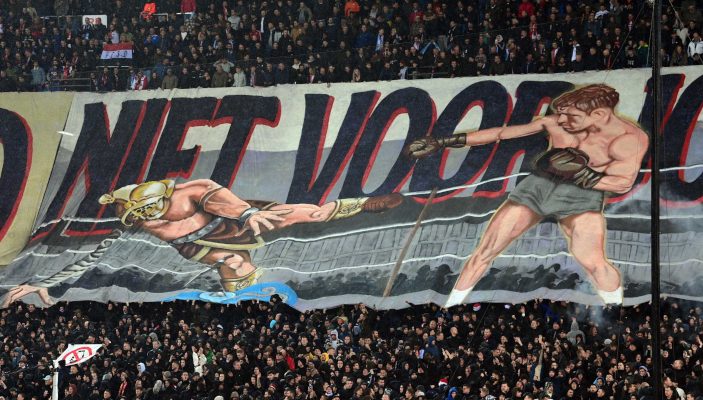 Lazio coach Maurizio Sarri claims Feyenoord fans were throwing urine at him, his staff and players on the bench during their Europa League match.

The Biancocelesti needed a point to be sure of Europa League progress, but were beaten 1-0 by a Santiago Gimenez strike.

It was certainly a fiery atmosphere in the De Kuip stadium in Rotterdam, and kick-off was delayed by a few minutes because the fireworks had made it impossible to see on the pitch.

According to Sarri, the fans went a little too far in trying to put Lazio off.

“There were bags of p**s thrown from the stands down onto the back of the bench. It goes without saying, that is a little irritating,” said Sarri in his press conference.

There was a moment when the referee went to the fourth official to hand over an object that had been thrown from the stands onto the pitch.

The coach was even more disturbed by the instances on the playing field, specifically the winning goal that eliminated Lazio from the Europa League and sent them into the Conference League play-offs.

“I won’t even start on the referee. One player had at least seven or eight fouls from behind on our players, but in the end the only yellow cards were to my team.

“As for their goal, there were two fouls in it, not one. It started with a foul on Matteo Cancellieri near my bench, then Patric was clearly pushed from behind at the goalkeeper.

“We expected at the very least for the referee to view it again with VAR.”