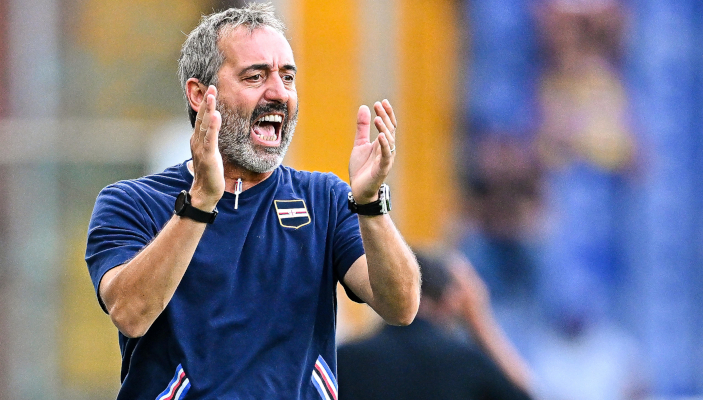 This weekend’s Serie A schedule includes all 20 sides in action, with these Sampdoria vs. Fiorentina predictions featuring two struggling teams. Fiorentina are currently in 13th place with Sampdoria inside the relegation zone.

Sampdoria and Fiorentina have both struggled for consistency so far this season and their potential chances of a European qualification push appear slim ahead of the World Cup.

Neither side would have expected to be in a possible relegation battle in 2022-23 but their poor form keeps them in the bottom half of the Serie A table.

Fiorentina head into this clash with a slight edge in recent form, after they returned to winning ways last weekend away at Spezia.

However, Vincenzo Italiano’s side have one just once in their last five league games, despite their dominance in the Europa Conference League, with Sampdoria managing just one Serie A win this season from 12 games already played.

With a lack of a clear favourite in this one, a draw looks to be a likely option, with Sampdoria picking up four points from their last four games and Fiorentina matching that in their last four.

Within that run of games, neither team has impressed in front of goal in domestic action. Sampdoria have netted two goals in their last four Serie A outings, with Fiorentina managing a slightly better return of six goals in five league games.

In their combined last eight league matches, four have featured under 2.5 total goals scored and this tie is expected to be a low scoring encounter in Genoa.

Another weekend without a win will not do much to change their respective league positions ahead of the World Cup break and a battle in 2023 looks almost certain to be on the cards for Italiano and Giampaolo in the second half of the campaign.

How to stream Sampdoria vs. Fiorentina

You can stream Sampdoria vs. Fiorentina live on Sunday afternoon via a bet365 stream with customers able to watch the full game through a valid account. This includes having sufficient funds in your betting wallet or placing a new bet up to 24 hours before kick-off.

Giampaolo is without England international Harry Winks for this game and the Tottenham loanee will be out of action until after the World Cup. However, on the back of a 3-0 defeat to Inter last weekend, he could recall Tomas Rincon, Ronaldo Vieira and Ignacio Pussetto to the starting XI.

Italiano has confirmed Nicolas Gonzalez and Gaetano Castrovilli will not return to his squad before the World Cup due to injury. After a crucial win away at Spezia last time out, the visitors are unlikely to make any starting changes.