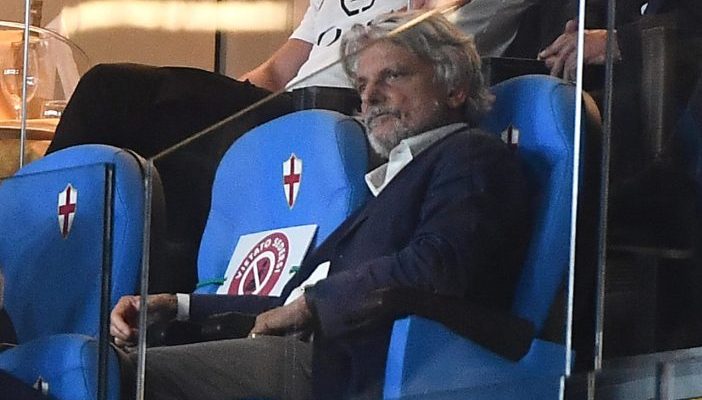 There was tension and the stewards had to scramble in order to prevent further problems when former Sampdoria President Massimo Ferrero unexpectedly arrived to watch their Serie A match against Roma.

The patron had not set foot in the Stadio Luigi Ferraris, also known as Marassi, for over a year and had been forced to step down as President after he was charged with fraudulent bankruptcy.

He also spent time in jail in Italy, so it was a huge surprise when rumour spread through the crowd that Ferrero had turned up to watch the game.

The fans were, it is safe to say, not happy with the news and started to chant ‘You’re not getting out of here’ amongst other messages that cannot be published here.

According to DAZN, the most surprised person was current Sampdoria President Marco Lanna, who got up and left in order to avoid an awkward meeting.

Lanna is currently in the process of trying to sell the Serie A club to Saudi investors.

Meanwhile, there was video of Ferrero being escorted out of the stadium by security.