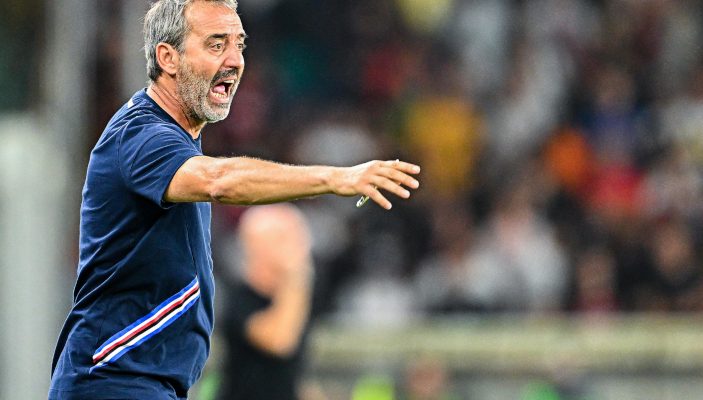 Sampdoria are reportedly considering whether to sack coach Marco Giampaolo and recall Roberto D’Aversa after a disastrous start to the season.

The Blucerchiati sit in penultimate place with just two points from seven rounds, having fumbled a lead for their 2-1 defeat in the Liguria Derby with Spezia this evening.

They scored only four goals and conceded a whopping 13, so questions are now being raised on the future of Giampaolo.

He was in the stands of the Stadio Alberto Picco today anyway, as he begins the two-match ban for insulting the referee after the loss to Milan.

According to Tuttomercatoweb, Sampdoria are taking the break for international duty as an opportunity to change course and potentially fire Giampaolo.

He was brought in to replace D’Aversa, and it’s reported the club could recall the previous tactician.

One Comment on “Sampdoria consider D’Aversa recall to replace Giampaolo”