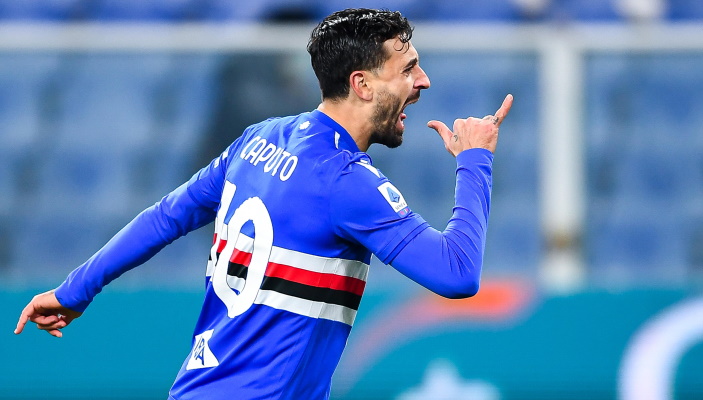 Sampdoria barely avoided an ignominious drop into Serie B last term and will aim to preserve their top flight status this season. Stephen Kasiewicz outlines the difficulties the Blucerchiati will face in the new campaign.

Sampdoria barely retained their place in Serie A last year and benefited from the collapse of other teams in the relegation zone. Arch rivals Genoa dropped to the second tier and Doria were fortunate not to join them, so the bar is low for the 2022-23 championship.

Hampered by financial restrictions, it’s been a dismal transfer window for I Blucerchiati. Sampdoria have consistently shipped their most saleable assets in the last three decades and this summer has been no different.

Key midfielder Antonio Candreva is on the brink of a switch to Salernitana, while Danish attacking midfielder Mikkel Damsgaard promised much but failed to deliver in an injury prone spell and is set to join Brentford before the start of the new season.

Staying in the league is the primary target for a club still in a phase of rebuilding. Former player Marco Lanna took over as club president after Massimo Ferrero was arrested for a multitude of alleged corporate and financial crimes and resigned last December.

The former Sassuolo striker, above, looked a shadow of the player that starred for the Neroverdi in a frustrating first term at Samp.

Although the 35-year-old delivered 11 goals and six assists in 2021-2022 Caputo often looked discouraged and demoralised as the Doria midfield consistently failed to supply him with good service.

Former Italy cap Caputo must improve his strike rate if the Blucerchiati are to avoid another campaign stuck at the wrong end of the table.

Giampaolo managed to steer Samp to safety after the club sank into the drop zone under Roberto D’Aversa last year. He is likely to deploy a 4-1-4-1 formation with two defensive and midfield blocks.

The good form of goalkeeper Emil Audero will be crucial in keeping Samp away from the wrong end of the table. In defence the underwhelming centre-back pairing of Omar Colley and Alex Ferrari still have much to prove, while Đuričić and Abdelhamid Sabiri will act as providers for Francesco Caputo in the lone striker role.

Sampdoria were far from convincing under Giampaolo last term and the coach faces a huge task again in the 2022-23 season.

Watch out for: Wonder goals

Expect the extraordinary with grandmaster Fabio Quagliarella and protégé Sabiri both capable of scoring jaw-dropping stunners. Club legend Quagliarella, 39, has netted some outrageous goals in a brilliant career and has clearly influenced the Moroccan-born Sabiri. Look out for something special from at least one of the pair this campaign.

One Comment on “Sampdoria 2022-23 preview: Survival the sole objective”