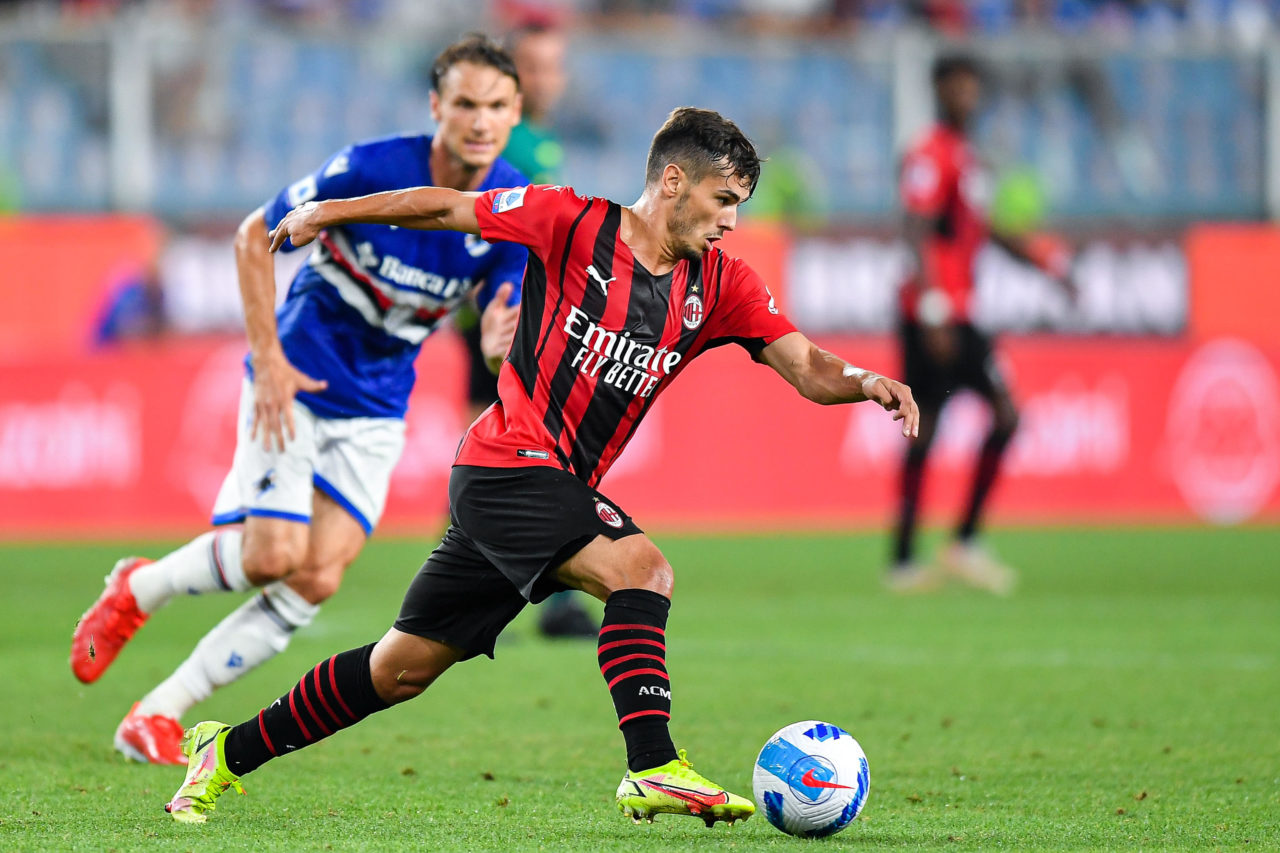 Brahim Diaz scored the only goal in the match at the Marassi, as Milan start the new campaign with a 1-0 win over Sampdoria.

Milan got their season underway with a trip to Genoa against Roberto D’Aversa’s new side Sampdoria on Monday night.

The Rossoneri, who started with new signings Mike Maignan and Olivier Giroud at either end, started the match on the front foot, but overcame a scare when Simon Kjaer and Maya Yoshida clashed heads and the Dane looked a bit dazed.

Kjaer continued and Milan started in the best possible way, as Brahim Diaz was at the end of a great assist from Davide Calabria, when the Spanish attacking midfielder’s loose effort found a way past Emil Audero in the Samp goal after only nine minutes.

Milan continued to run Sampdoria ragged in the opening minutes, as Rafael Leao proved to be a threat at left for the Rossoneri.

The home side didn’t do much to drag the tempo down as Mikkel Damsgaard and his teammates stormed towards the Milan goal when they had the chance.

The Denmark international won a free kick after 16 minutes and Manolo Gabbiadini’s effort was pushed above the crossbar by Maignan.

Sampdoria forced a double save from the French goalkeeper on the following corner, but Omar Colley was offside, and it wouldn’t have counted, nonetheless.

Milan had the energy to stress Sampdoria in the first half and forced the home side to make rapid decisions and mistakes in the build-up play.

But Samp didn’t give in either and continued to push for an equaliser, but had to defend well too, as striker Gabbiadini was often forced to drop down to help out in defence.

Rade Krunic, who started in the middle with Sandro Tonali, blew a massive chance after 24 minutes, as Audero parried the ball straight at his feet. From a difficult angle, he sent it wide into the side netting and should have done better.

Giroud was given a tough test in his first Serie A game against Colley, as the two battled for every ball, but it was Yoshida that made an exquisite tackle to keep Samp in the game.

Brahim Diaz, who had been lively all of the first half, was clear down the middle and Yoshida’s tackle had to be perfect to avoid a goalscoring opportunity or a penalty.

Audero did well to stop Giroud from scoring his first goal, when the former Chelsea striker brought down the ball but didn’t make proper contact with the finish. The goalkeeper still had to stretch to reach the loose ball but managed to keep status quo at the Marassi ahead of the break.

Milan had a lot of energy to start with, but Sampdoria held on and provided some difficulty for last year’s runners-up.

The tempo died down in the second half on Monday night and there were longer between the highlights after the break.

Milan kept playing on their own terms, but survived a scare when Gabbiadini caught Theo Hernandez, but Maignan came to the rescue with a fine save from close range.

The striker suffered a nasty ankle injury in the 70th minute and hopped off in tears, as both teams made a host of changes trying to avoid the intensity from dropping.

Ismael Bennacer was introduced by Milan with 20 minutes remaining, but Tonali and Krunic had done well in the absence of the Algerian and Franck Kessie.

As the players tired, the duels became tougher too and Morten Thorsby was later accused by Maignan of elbowing the French goalkeeper in a battle for a high ball.

Milan started the new campaign with three important points at the Marassi but were given a real test by the Blucerchiati and were hanging on for dear life towards the end.

Sampdoria will feel they deserved more from a resilient performance in front of their own fans, but Milan bring home all the spoils after Brahim’s first-half goal.