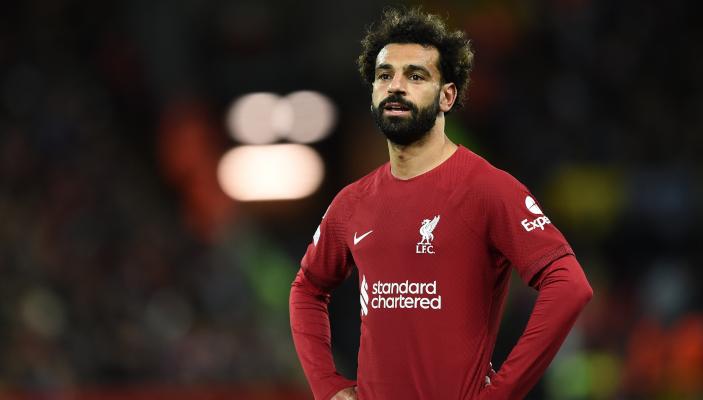 Mohamed Salah maintains Liverpool should be proud of being able to beat Napoli, who are currently ‘one of the best teams in the world.’

The Reds wanted revenge for the 4-1 defeat back in September and knew they could only top the group by winning by four clear goals here in this head-to-head at Anfield.

It ended 2-0, with two practically identical goals, headers from corners that Alex Meret only palmed off the line for Salah and then Darwin Nunez to score on the rebound.

“To win against one of the best teams in the world is the best feeling,” Salah told BT Sport.

Napoli had won 13 in a row in all competitions before this setback, including five out of five in the Champions League, but they still top the group with Liverpool going through in second place.

“We have to carry it on, it’s a good result which will give us more confidence for in the cup and league.”

It was a game dominated by VAR, because Leo Ostigard’s goal was disallowed after over three minutes of evaluation, then the last one took a long time too.

“Honestly I didn’t know it was my goal because the ball was in. Thanks for confirming that! Anyone can score, the most important thing is the team.

“I think it’s important that we won today. We played a good game, we were quicker on the ball and recovered the ball quick too.

“We aren’t doing great in the league, but this will push us and then hopefully we can win more.”

One Comment on “Salah: ‘Napoli one of the best teams in the world’”