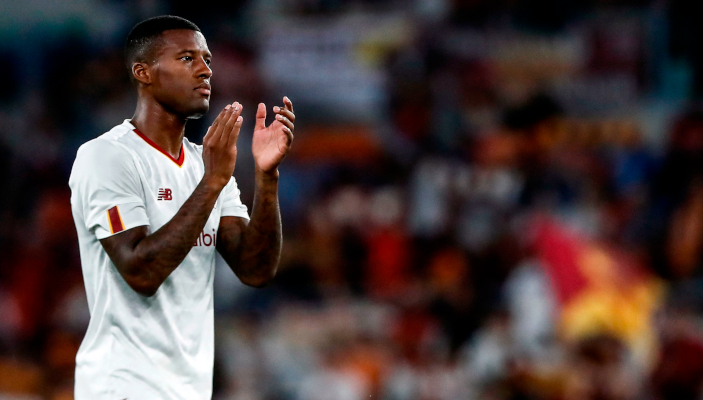 Despite his tibia fracture, Roma do not want to send Georginio Wijnaldum back to Paris Saint-Germain next summer and they’ve reportedly started discussing a permanent deal.

The 32-year-old Dutch midfielder was an exciting addition to Jose Mourinho’s squad in the summer but things went wrong almost instantly, with the former Liverpool man suffering a fractured tibia in training in late August. Wijnaldum has been sidelined since, slowly working on his recovery ahead of a return to action in the early stages of 2023.

As reported by Calciomercato.com, Roma sporting director Tiago Pinto has recently restarted talks with PSG to discuss a long-term deal for Wijnaldum, keen to retain him after this season.

The buy option attached to the Dutchman’s loan deal was set at €8m, but the Giallorossi are looking to pick up a discount. Wijnaldum’s contract expires with PSG in 2024, so another loan deal is not being considered.

PSG are open to the former Liverpool midfielder’s departure, which wouldn’t be a capital loss as they signed him on a free transfer, and talks are now ongoing.