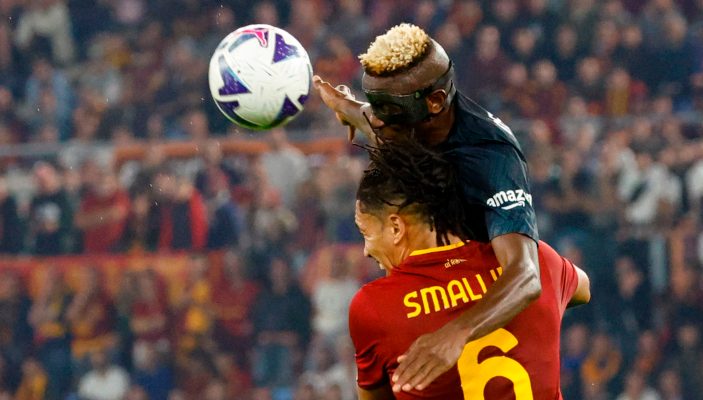 Roma are offering Chris Smalling a new extended contract with a reduced salary, as the defender considers a free transfer to Inter.

The 33-year-old’s current deal with the Giallorossi is due to expire in June 2023 and there have been repeated reports in various different sources insisting that Inter have set their sights on him for next season.

According to La Gazzetta dello Sport, the Capital club would like him to remain, but are also eager to lower the wage bill.

The former England international currently picks up circa €3.5m per season net plus bonuses.

There is a clause in the contract which would allow him to unilaterally activate an extension to June 2024 with the same salary, as long as he plays half the official games this season.

However, it’s reported Roma are trying to offer Smalling a new contract to June 2025 that would spread the cost of his wages over two seasons.

Inter remain intrigued by the situation and are waiting to see how it develops.