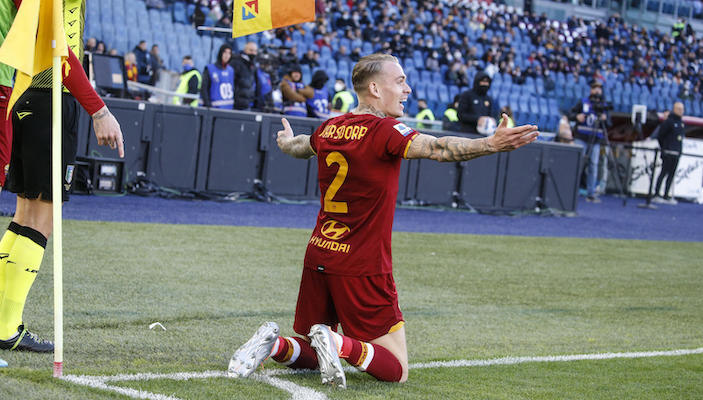 Italian media identify three reasons José Mourinho was furious with Rick Karsdorp after Roma‘s 1-1 draw against Sassuolo and confirm the Portuguese coach hasn’t been happy with his defender for a long time.

Mourinho blamed one Roma player for his poor attitude in their 1-1 draw at the Mapei Stadium on Wednesday.

Although he didn’t directly name the player, Italian media believe the Special One referred to Karsdorp who had been introduced in the second half.

The first one was when Karsdorp was about to replace Zeki Celik in the second half. According to the reports, the Dutch defender delayed his entry into the field, taking too long to get to the touchline and wear the shirt to play. Therefore, Mourinho had to brief him while he was getting changed.

Mourinho also noted that the 27-year-old didn’t join his teammates to celebrate Tammy Abraham’s late goal and, instead, he spoke to Bryan Cristante, allegedly blaming his teammate for not passing him the ball.

Last but not least, his poor defensive attitude allowed Armand Laurienté to sprint down the left flank and deliver the assist for the eventual equaliser scored by Andrea Pinamonti.

As per Calciomercato, Mourinho hasn’t been happy with Karsdorp’s attitude for a long time. The defender was not called up for a Europa League clash against Ludogorets in September and the report claims some Roma fans also spotted Karsdorp at a bar near Piazza Navona last week, immediately after Roma’s 1-0 loss in the Derby Della Capitale against Lazio.

6 Comments on “Roma news: What’s behind Mourinho’s outburst against Karsdorp”