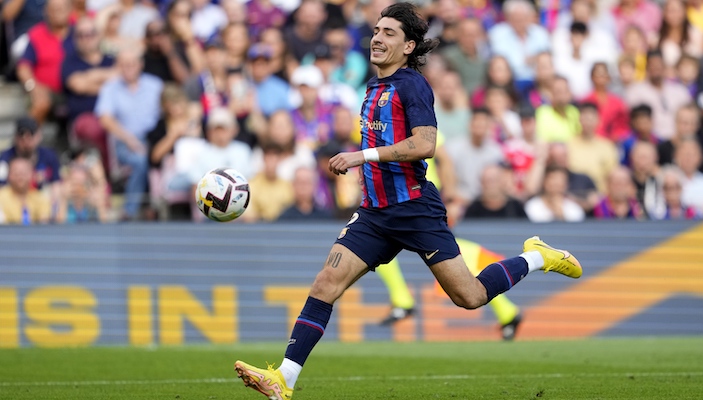 Jose Mourinho expects Roma to sign some reinforcements in January and one of their key targets is Barcelona full back Hector Bellerin, reports suggest.

The Giallorossi won the Europa Conference League last season and Mourinho is keen to continue the rise this campaign, but the team are currently stuck in 7th in the Serie A table after 15 games. Roma want to put up a strong fight for a top four finish and the return of some injured stars, like Paulo Dybala and Georginio Wijnaldum, could give them the boost they need.

As reported by Daniele Longo of Calciomercato.com, Roma need to sign a right back to replace Rick Karsdorp and one of their targets was Real Madrid’s Álvaro Odriozola, but it’s become clear that the Spaniard would likely be too expensive to pick up.

They have started to shift their interest to Bellerin. The former Arsenal man rejected a move to Serie A in the summer in order to secure a deal with Barcelona, but he only penned a one-year deal and his chances have been limited in Catalonia.

Bellerin was offered to Roma last month and now he’s looking like an attractive option for a move in January.

The Giallorossi are also working on their outgoing market and have started to set up a handful of deals. Edoardo Bove is set to join Lecce on a loan deal with a buy option attached, which also contains a buy-back option set at around €4-5m.

Eldor Shomurodov has declined an offer from Cremonese and is waiting for Torino to make a move. The Granata are also considering a move for Marash Kumbulla, who is being closely followed by Bologna.