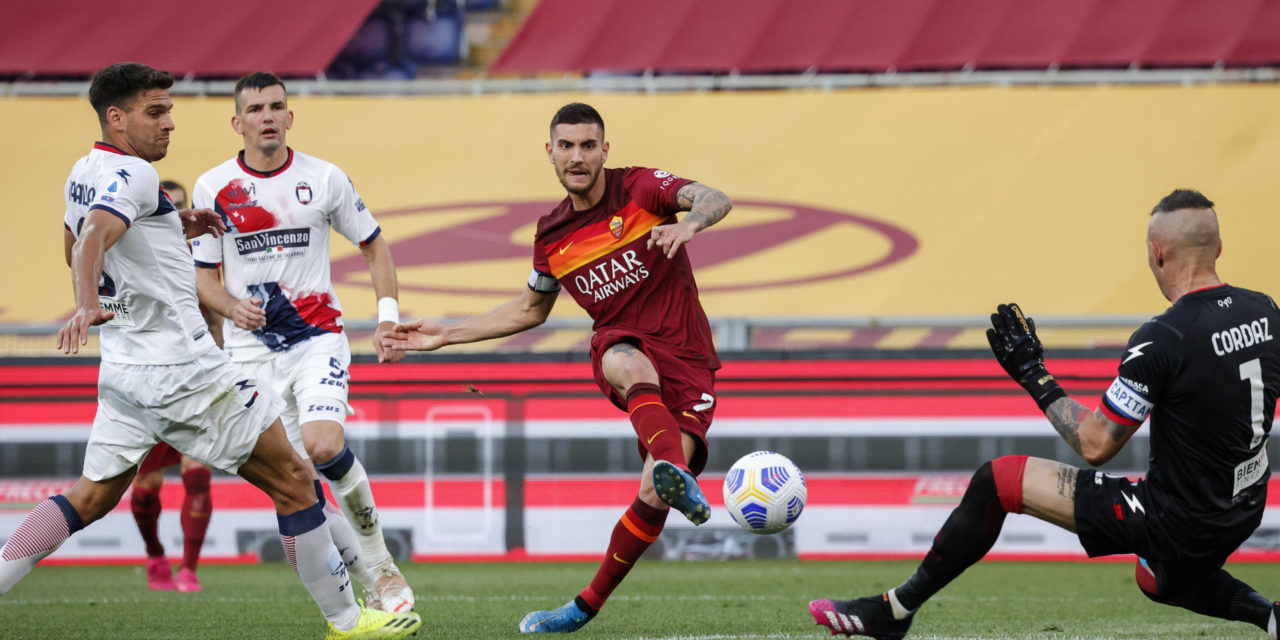 Roma ran riot in the second half against bottom of the table Crotone, with Lorenzo Pellegrini and Borja Mayoral braces, plus Henrikh Mkhitaryan.

Pedro had to sprint back and make a decisive defensive intervention on Nwankwo Simy after good work from Adam Ounas, while Alex Cordaz parried a ferocious Lorenzo Pellegrini free kick.

Pedro sprung the offside trap only to be denied by Cordaz at a tight angle, while Henrikh Mkhitaryan struck the near post from close range, although it would’ve probably been ruled offside if it had gone in.

The Borja Mayoral header would’ve counted on a corner after 20 minutes, but that bounced off the crossbar.

Cordaz stuck out a foot to deny Mkhitaryan and smothered the Pellegrini effort, then Ebrima Darboe fired over the bar before Pedro’s header was off target.

Roger Ibanez and Arkadiusz Reca both went off with minor injuries at half-time, but Roma did finally break through when a free kick was taken quickly in midfield, Mkhitaryan sprung the offside trap and rolled across for Borja Mayoral to sweep home from 12 yards.

Crotone woke up at last, Ahmad Benali and a Junior Messias header flashing wide, while Daniel Fuzato fingertipped the Simy effort over the bar and had his gloves stung by a ferocious long-range Luca Cigarini thunderbolt.

Cordaz had to make a spectacular reaction save to prevent a Golemic own goal, but could do little when Pellegrini controlled a Davide Santon throw-in and shrugged off Golemic to score.

Pellegrini completed his brace with a classy finish, bending it into the bottom corner from the edge of the box with the inside of the left boot on a Mkhitaryan assist.

Roma ran riot, moments later a great team move with quick passing resulting in Rick Karsdorp firing a ball across the face of goal for Mkhitaryan at the back post.

There was still time for a fifth, Mayoral doubling up by cutting inside Golemic to drill into the near bottom corner.