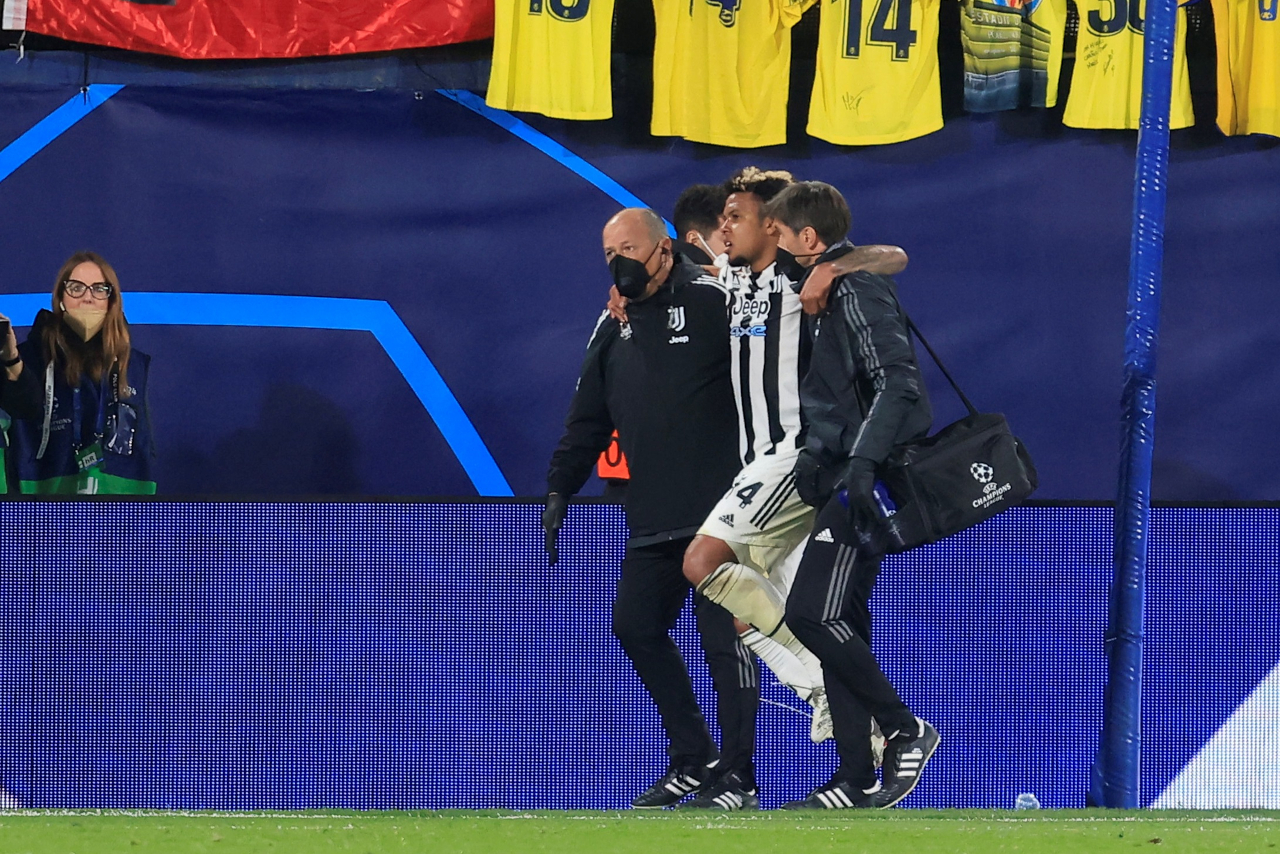 There are multiple reports Weston McKennie has been diagnosed with a double fracture to his left foot after the 1-1 Champions League draw with Juventus.

Coach Max Allegri confirmed the United States international had been taken to the local hospital for an X-Ray straight after the match at La Ceramica.

According to Sky Sport Italia, McKennie has been diagnosed with the fracture of the second and third metatarsal in his left foot.

This will mean a very long lay-off for the 23-year-old and it is entirely possible his season is already over.

Sky Sport Italia report the time out is going to be at least two months.

He has made 28 competitive appearances for the club this season between Serie A, the Champions League, Coppa Italia and Italian Supercup.

It is a blow to the Bianconeri, who were already missing Paulo Dybala, Federico Chiesa, Daniele Rugani, Giorgio Chiellini and Federico Bernardeschi for this Champions League trip.