Raiola: Tavecchio out, Bierhoff in

Tavecchio was seen before the weekend as the overwhelming favourite to be voted in next month as Giancarlo Abete’s replacement at the Italian Football Federation.

Whilst embroiled since in a row over racist statements made during the weekend, the 71-year-old still holds support from a number of elements of Italian football.

“I judge people for what they say and what the FIGC presidential candidate Tavecchio has said is symptomatic of the fact that he is unaware of what he is saying and that he has preconceptions that are racist,” the representative of the likes of Mario Balotelli and Paulo Pogba has told the Gazzetta dello Sport.

“If this is the person to lead the renewal of Italian football then we are done for. Abroad, his words have already made too much noise.

“There is talk of the English system instead of taking Germany as an example as world champions. In Germany there is freedom of movement without limits for all players.

“ He still has not figured out that foreigners are an asset. Or does he believe that TV rights will increase in value and fans will buy tickets in our marvellous stadiums to see play Italians and the few foreigners who still accept coming to Italy?

“I feel disgust at the thought that the new President can be a racist and it would not surprise me if some players took legal measures.

“There would be legal grounds to break free from a Federation led by a racist. Those who follow Tavecchio still have time to admit the mistake and change their mind.

“It would be an act of humility and intelligence. The system of Italian football needs someone who is not already under discussion. Who has energy and is credible. Above all, who wants to beat a new path.

“Whoever supports this candidate must understand that their own interests must be put aside. You do not need a weak President that takes his lead from the usual suspects.

“We know who is responsible for the situation and I believe that the time has come for change. From the World Cup we have to start this indispensable renewal.

“I think of Oliver Bierhoff, we need a German to really change.”

END_OF_DOCUMENT_TOKEN_TO_BE_REPLACED 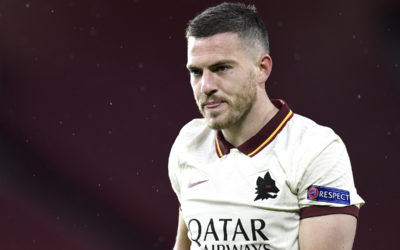 Jordan Veretout is struggling to show his best with Roma and now there’s a genuine chance that he could leave the Italian capital soon. The...