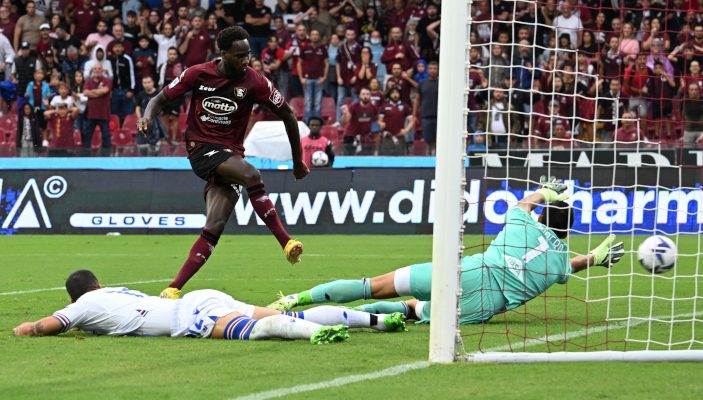 Boulaye Dia will get the nod in attack for Salernitana against Lecce, where Samuel Umtiti is still not ready to start.

It kicks off at 19.45 UK time at the Stadio Arechi in Salerno.

It’s the first Serie A meeting between these two sides. Lecce won seven games in Serie B against Salernitana’s four.

Emil Bohinen, Matteo Lovato, Ivan Radovanovic and Franck Ribery are out for Salernitana. Luigi Sepe had a little car accident on Tuesday, but he is ok and will play. Federico Fazio saw red against Juventus and is suspended.

Antonio Candreva scored against Juventus last week and could score in two successive games for the first time since November 2021.

Lecce must cope without Kastriot Dermaku. Assan Ceesay is favourite over Lorenzo Colombo in attack.

Lecce gained survival the last time they collected three or more points in the opening six Serie A games (2003-04). The Giallorossi are still without victories this season.

Federico Baschirotto is the player with the most defensive blocks in Serie A (32), while Morten Hujlmand is the second for most tackles, 21, just one fewer than Roma‘s Bryan Cristante.