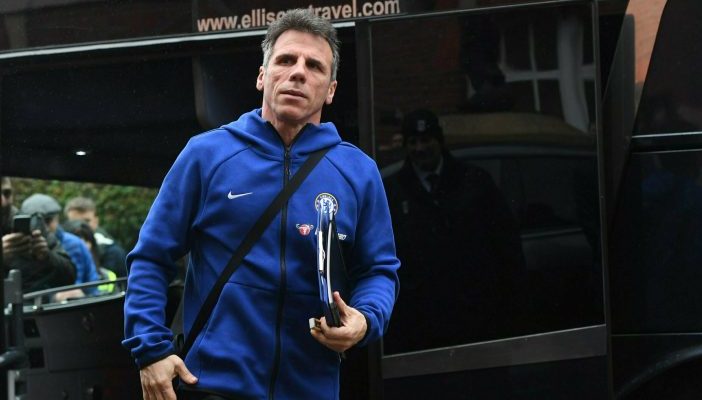 There is a poll in progress to find out the best Italian player ever to feature in the Premier League, with candidates including Gianfranco Zola, Paolo Di Canio and Mario Balotelli.

Sky Sport Italia posted the poll on their Facebook page, maintaining that the Premier League had asked them to pose the question to their viewers.

The short-list was reduced to seven names of Italy internationals who also played in the Premier League.

Fabrizio Ravanelli represented Middlesbrough in the 1996-97 season, then returned to England for Derby County from 2001 to 2003.

Benito Carbone spent the years from 1996 to 2002 in England wearing the jerseys of Sheffield Wednesday, Aston Villa, Bradford and Middlesbrough.

Gianfranco Zola was nicknamed Magic Box for his time at Chelsea between January 1997 and the summer of 2003, when he returned to his hometown club Cagliari.

Roberto Di Matteo was another Chelsea regular from 1996 until his retirement in February 2002.

Mario Balotelli had several experiences in the Premier League, all of them short-lived, at Manchester City from 2010 to January 2013, then Liverpool in 2014-15.

Goalkeeper Carlo Cudicini was at Chelsea from 1999 to 2009, then moved across the city of London to Tottenham until January 2013.

Finally, Paolo Di Canio made his mark at Sheffield Wednesday, West Ham United and Charlton Athletic from 1997 to 2004.

5 Comments on “Poll: Best Italian player in the Premier League”