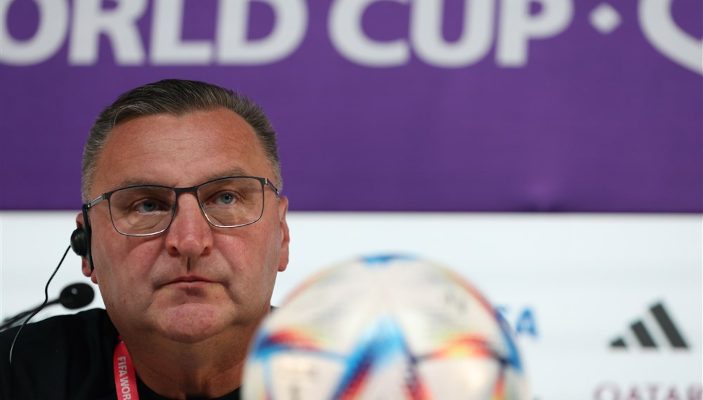 Poland coach Czeslaw Michniewicz thanks Jose Mourinho for helping develop Roma talent Nicola Zalewski, but is also irritated when his ‘defensive’ tactics are compared with those of The Special One.

In his press conference, Michniewicz name-checked Mourinho and confirmed they have been “in touch” for some time, crediting him with getting the best out of Roma and Poland wing-back Zalewski.

“I also have to thank Max Allegri, Luciano Spalletti, Dejan Stankovic, Davide Nicola, Vincenzo Italiano and many others.”

The 20-year-old is a product of the Roma youth academy who was born and raised in the Eternal City to Polish parents.

However, when Michniewicz was asked if his defensive approach to the game at this World Cup can be compared to Mourinho’s defend and counter tactics at Roma, he became less eager.

“This comparison has lost its validity, it no longer counts. In football what matters is winning trophies and being successful, especially at the World Cup. We’ve been good defensively and we’ve been rewarded,” said the 52-year-old tactician.

Poland booked their place in the Round of 16 with only one victory in the group stage, 2-0 over Saudi Arabia, along with a goalless draw against Mexico and 2-0 defeat to Argentina.