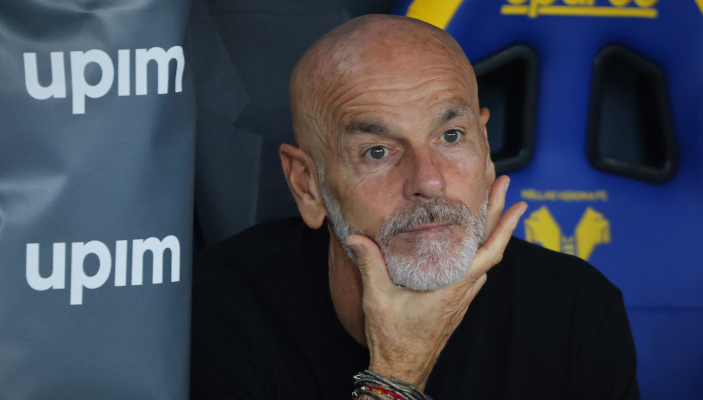 Stefano Pioli explains how Milan’s summer signings are settling in gradually and will soon be ready to make the difference for Milan, especially going into a week without games.

The Rossoneri had to fight hard for the three points in Verona, as while they were gifted the opener from Miguel Veloso on Rafael Leao’s cut-back, Koray Gunter equalised with a deflection off Matteo Gabbia.

Roberto Piccoli was only denied by the crossbar when allowed a free header for Hellas and Malick Thiaw on his debut made two desperate blocks, but Sandro Tonali snatched victory on an Ante Rebic assist late on.

Tonali said that this victory felt every bit as important as the 3-1 win here in May that sent Milan on track for the Scudetto.

“It is true, I like what my players are saying. We need to be competitive for the top spots, that means winning many games and amassing many points in every arena,” Pioli told DAZN.

“It was a good start, we almost went 2-0 up and had the game under control, but then there was that unfortunate equaliser and we lost our shape, making too many mistakes, the team split into two and left big spaces for Verona.

“However, we got back on track and have individual talents who can create chances out of nowhere, for instance Rebic’s pass to Tonali.”

Yacine Adli was given his first start after three substitute appearances, while Theo Hernandez seemed to be moving into a more central role than usual.

“We expected Faraoni to cut inside and follow Theo, so creating that space, we have a winger in Leao who can become devastating when taking men on. I think every time Leao got to the by-line, he managed to create serious problems for Verona, but obviously it does leave us a little unbalanced on the counter-attack too.

“It was not an easy game for Adli, because there weren’t any spaces, Verona man-mark almost all over the pitch. It was also his first start, so a few difficulties are to be expected.

“As for Malick Thiaw, Dest, Vranckx, let’s not forget they only arrived a couple of months ago to a totally new league. I am sure they will be ready soon, as they needed a little time to settle.”

Divock Origi came on at half-time and had a few attempts on goal, but arrived injured from Liverpool and took far longer than expected to recover.

“I liked Origi, he has finally got over the injury he suffered at the end of last season, as ever since then he felt hesitant and scared, but he seems to have shaken that off now. Rebic is fully recovered now too, so I will have the option to rotate a little more.

“Hopefully, we will have Maignan, Kjaer and De Ketelaere back too over the next week.”

The injury crisis is beginning to take its toll on a visibly tired team, especially after playing 70 minutes down to 10 men against Chelsea in the Champions League midweek.

“We were hungry for a third consecutive Serie A victory, to keep improving our away record, as I don’t think anyone in Europe is unbeaten on their travels in 2022. The other motivation was to go into this week feeling confident, as for the first time really we’ll have almost the full week just to work in training on tactics.

“Playing so often, training becomes largely about recovery or studying the next opponent. We will have a little more time to work on ourselves, but then it’s seven games in 21 days between Serie A and the Champions League, so we need to get our energy back.

“This break comes at the right time to help us prepare for the next tour de force.”