Pioli: ‘Milan aren’t unlucky; I will decide about Zlatan tomorrow’ 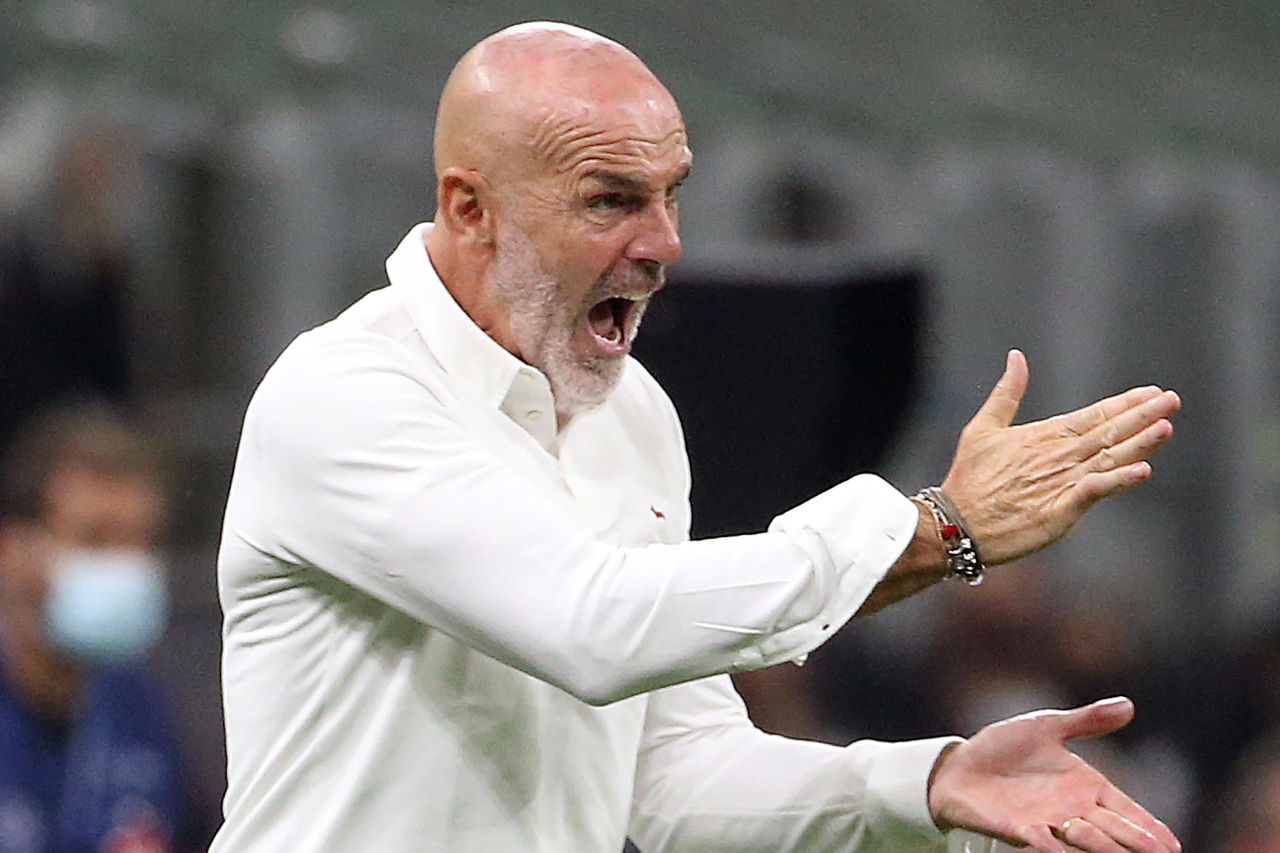 Milan coach Stefano Pioli struggles with absences ahead of the match against Hellas Verona, but said the Rossoneri ‘don’t feel unlucky’ and revealed he will decide if Zlatan Ibrahimovic is called up tomorrow.

The Diavolo prepare for the resumption after the international break and have been given bad news ahead of the match against Igor Tudor’s men.

Pioli will be without Theo Hernandez and Mike Maignan, while Zlatan is still recovering form the Achilles injury.

Olivier Giroud should be back in contention, while Simon Kjaer seems set to rest on Saturday, with one eye on the match against FC Porto in the Champions League next week.

“It was a particular stop, but we got used to it,” Pioli said at a press conference. “We only met yesterday, I saw the right attention and participation.

“We prepared well for an important and difficult game. Verona are doing well since Tudor arrived and are in good condition. We must be prepared for this.”

Milan secured a 3-2 win against Atalanta in the last match before the international break and Pioli wants to build on the good performance in Bergamo.

“The team has not forgotten the last performance. We met yesterday, but we have a clear idea of what we had on the pitch in Bergamo.

“We face a similar opponent in terms of aggression, so we must deliver a technical performance but also use a lot of energy physically.”

Zlatan Ibrahimovic returned to training yesterday and Pioli has still not decided if the Swede will be called up for the match against the Gialloblu. But the coach confirmed Giroud will be back in the squad.

“He is better, since yesterday he has been training with us,” Pioli continued. “I think tomorrow morning’s training will be important, then we will decide if he will be called up or not.

“His conditions are improving. [Olivier] Giroud has made good use of the break, he’s certainly better and is available tomorrow.

Mike Maignan returned injured from his international duties with France and Pioli said Ciprian Tatarusanu will start in goal on Saturday, even if the club has signed Antonio Mirante as a free agent.

“Tomorrow he [Tatarusanu] will start, for the others I will look forward to tomorrow morning,” he said. “He is a great professional, an excellent goalkeeper.

“He’s available and appreciated by all. He’s ready to take advantage of the opportunity. Mirante needs an extra week of preparation, but I’m happy with him arriving.

“We need him, he’s a serious guy and a great professional.”

Pioli said Milan must ‘continue to be dangerous’ and revealed right-back Davide Calabria is available to play tomorrow.

“We must continue to be dangerous, many of my players are improving,” Pioli said. “He [Calabria] is fine, he’s been fine for three days and is available tomorrow.”

Ismael Bennacer and Franck Kessie have returned in ‘good conditions’ from their trips, according to Pioli.

“We are doing well, we also played since yesterday,” he added. “All the players from the national teams are in good condition.”

Milan sit second in Serie A after seven games and Pioli said the Rossoneri are aiming to win ‘all games’.

“The club’s reputation made it a desirable team for many players,” he said. “We hoped to be in this position and we want to get as high as possible, but take one game at a time.

“We want to win all games. We are Milan. Tomorrow we play at home and we will get a lot of energy from our fans.”

Brahim Diaz was not called up by Spain this month, but Pioli has admitted he’s uncertain for the game against Verona.

“During the break, I found him very well,” Pioli said. “Today he was not feeling well. We’ll see tomorrow.

“We are more aware of our means and we are taking advantage of the growth of the young players at the higher level.”

But he doesn’t expect any gifts from Tudor’s men tomorrow night.

“We are facing a team who are doing well, in terms of mentality and physical condition. We must be good at exploiting some of their mistakes,” Pioli said.

“Against these teams, it’s very important to move well and at the right time. We must be continuous in the game, without losing the common thread of our strategy.

“The heavy points in the end will be those against teams like Verona.”

Fodé Ballo-Touré has been tipped to replace Theo Hernandez at left-back, as the France international has tested positive for COVID-19.

“He must be given time to understand certain things, it’s necessary.

“Tomorrow, we have to think that this is the most important game of the season, as if it was the last match that the fans will remember us by.”

Maignan had impressed in his initial months with the Diavolo and Pioli was sad to lose the goalkeeper until 2022.

“We are very sorry for Mike, we saw him again yesterday,” Pioli added. “He will come back even stronger than before, it’s right to underline his entry into the team.

“I have a lot of faith in Tatarusanu, but we must always make the most of the characteristics of our players.”

Milan are going through a difficult moment of injuries and absences, but Pioli stressed they are not unlucky.

“Bad luck only exists for people who say they are unlucky,” Pioli said. “We don’t feel unlucky, we want to fight against all difficulties by exploiting them to prove our worth.

“This is what we have always done and will do tomorrow as well.”