Pioli: ‘Liverpool are not impenetrable’ 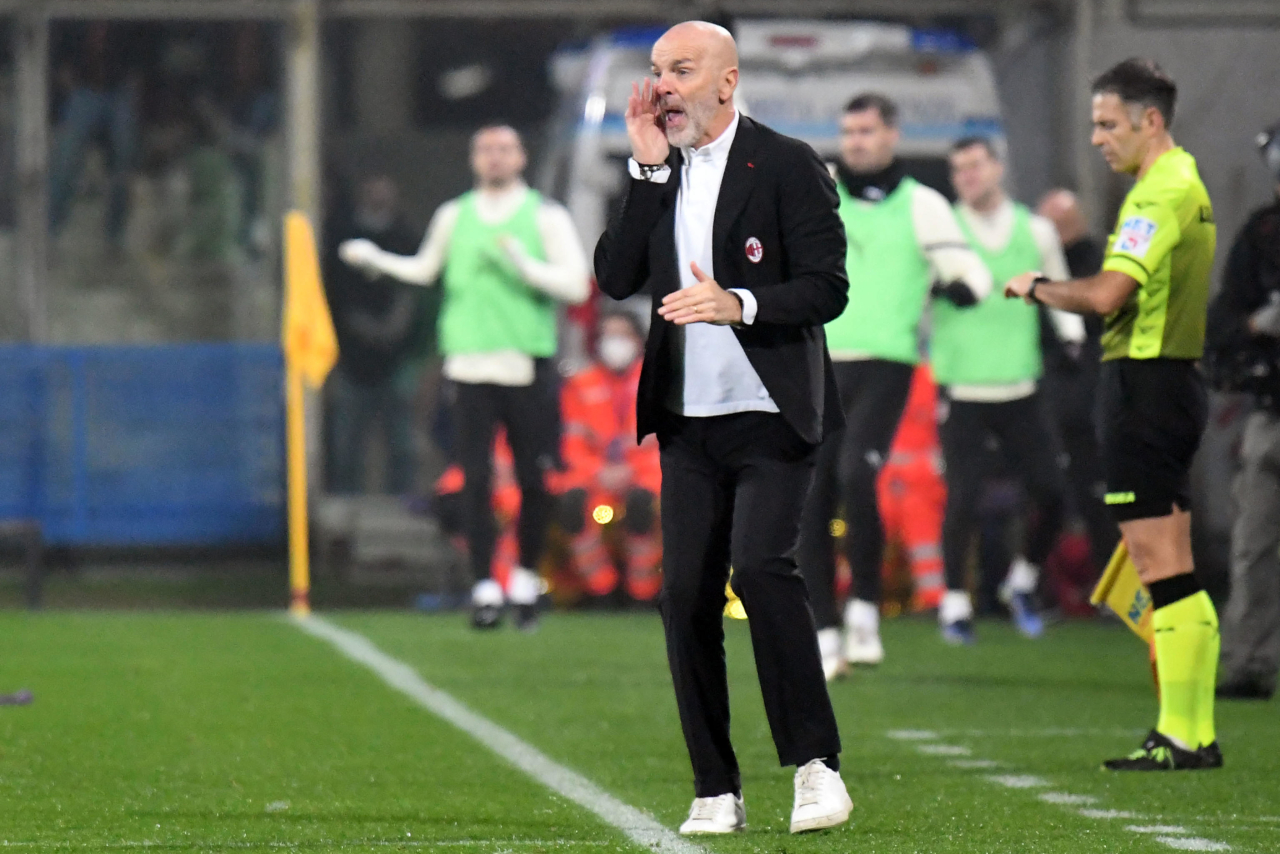 It was a simple performance for the Rossoneri, who had the 2-0 result locked down within 18 minutes thanks to goals from Franck Kessie and Alexis Saelemaekers.

The Belgian celebrated by holding up teammate Simon Kjaer’s shirt, as he has been ruled out for the rest of the season following knee surgery, but there was another injury today for Pietro Pellegri.

They had 22 shots on goal, eight on target, but only scored the two goals.

“I am satisfied with a good performance, a decent victory, because some assumed this could be taken for granted,” Pioli told DAZN.

“It would’ve been better if we had scored more goals, especially considering how many chances we created, but the team showed maturity, consistency and growth. I liked the way we controlled the game and continued to create chances, despite running very few risks.”

Pietro Pellegri had his first start, but limped off after just 15 minutes, while Rafael Leao went off at half-time.

“Rafa got a knock and his muscle hardened, so we preferred not the risk it. He is very much at ease on the left wing, difficult to mark in one-on-one situations, but he needs to push even more and use his pace.

“We moved well on and off the ball to create numerous scoring opportunities.”

The Serie A race is incredibly close, although Napoli, Milan, Inter and Atalanta have already created a chasm from the chasing pack.

“I had predicted a very balanced league in the top spots. To be honest, I expected more teams to be crammed up there, such as Juventus, Roma and Lazio being closer to the top four. Details make the difference in Serie A, perhaps injuries and European commitments will have a crucial effect on the Scudetto race too.

“It’s the second year running that we have started very strong in the season, but we need to be more consistent.”

Milan host Liverpool at San Siro on Tuesday in the Champions League and they must win to have any hope of staying in the tournament.

“Having already faced them this season gives us a bit more information and we know what we’re going into. You cannot do without quality or intensity in Europe, so those must be main characteristics of our performance on Tuesday.

“Liverpool have this way of immediately putting in a vertical pass and changing the pace with three forwards. They are one of the teams that can aim to win the Champions League this season.

“We wanted to be in this position and now we can only try to give our best. We know Liverpool will inevitably cause us some issues, but the spaces can open up too, because they are certainly not unbeatable or impenetrable in defence.”