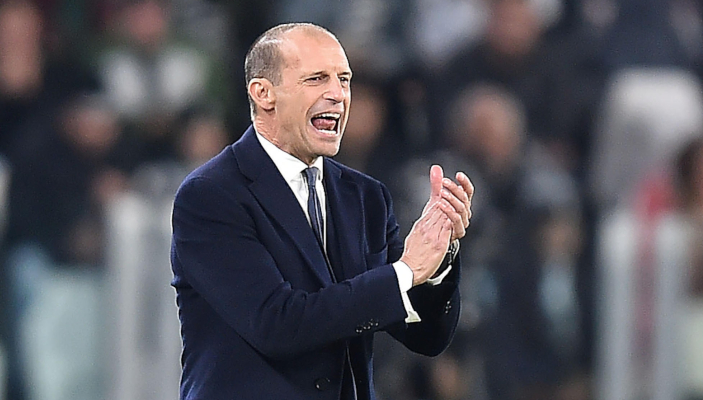 Juventus secured their fifth consecutive win in Serie A against Verona on Thursday, but Max Allegri’s reaction to a late free-kick for the Gialloblu says it all about the Bianconeri’s struggles.

Juventus have climbed to the top four, winning their fifth consecutive game in Serie A.

A goal from Moise Kean against strugglers Verona was enough to earn all three points at the Bentegodi last night, but Juventus suffered throughout the game and the hosts had a chance to level the score in the stoppages through a Simone Verdi free kick.

DAZN showed a nervous Allegri on the touchline while the Italian midfielder was about to take the free kick.

The Tuscan tactician put his hands together almost as if he was praying and was relieved when he saw Verdi sending the ball over the bar.

The Old Lady host Maurizio Sarri’s Lazio in the final game of the year at the Allianz Stadium on Sunday night.

4 Comments on “Picture: How Allegri reacted to late Verona free-kick against Juventus”