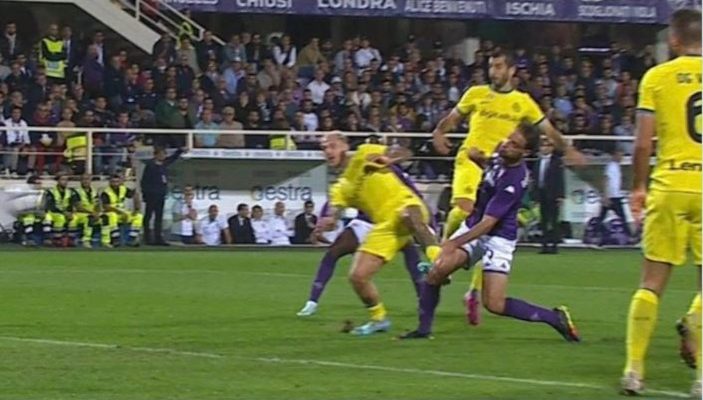 Federico Dimarco caused a penalty kick during the first half of Fiorentina–Inter, but many believe the Nerazzurri defender should have also been sent off while he wasn’t even booked.

The Italy international committed a foul on Giacomo Bonaventura when the Nerazzurri were 2-0 up in the first half.

Referee Paolo Valeri initially didn’t see the foul but was quickly urged to have a VAR check for a potential penalty incident.

It didn’t take long for the referee to complete the review and award a penalty kick to Fiorentina, but according to many fans and pundits, Dimarco’s studs-up challenge deserved a red card, while the ex-Verona full-back wasn’t even booked.

Watch the images below. Do you think Dimarco deserved to be sent off?

10 Comments on “Watch: Did Dimarco deserve a red card in Fiorentina-Inter?”