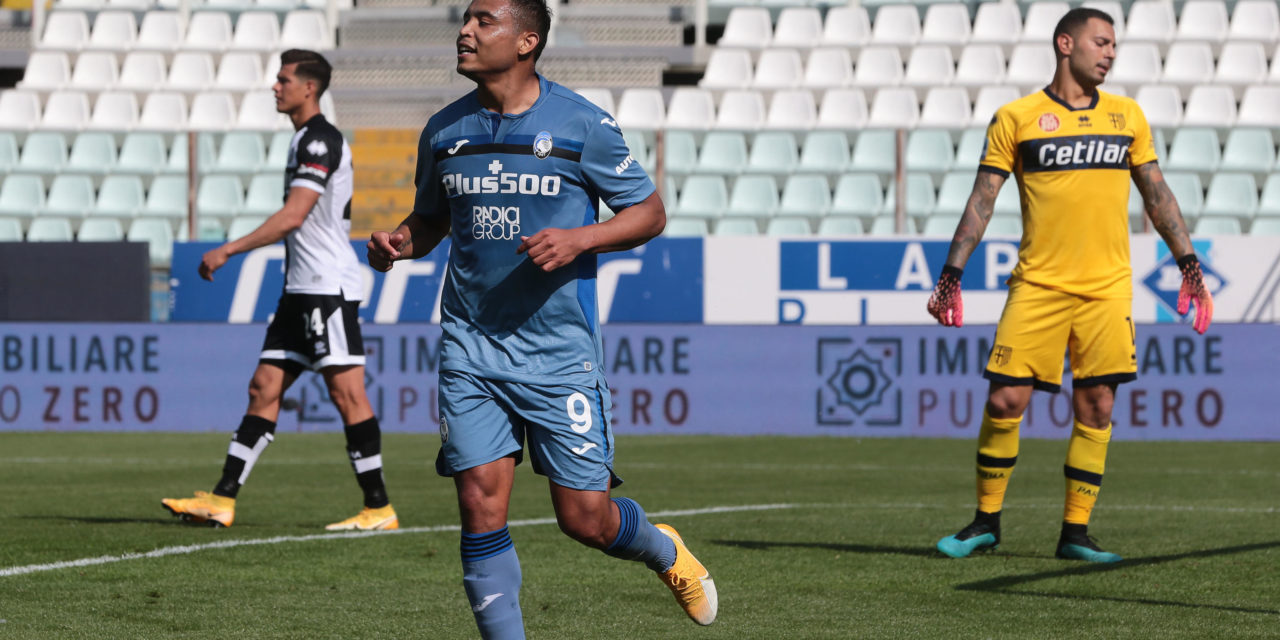 Atalanta made short work of doomed Parma, who did at least get two consolation goals, as they take another big step towards the Champions League.

Ruslan Malinovskyi broke the deadlock with the first genuine opportunity, his left-foot daisy-cutter squirming through Jasmin Kurtic’s legs into the bottom corner from the edge of the box.

Robin Gosens saw his glancing header flash wide of the far post on a Josip Ilicic cross, then moments later another identical attempt forced a Luigi Sepe save.

Only the crossbar kept out Duvan Zapata from close range after a wonderful team move, including Ilicic back-heel flick.

Luis Muriel and Matteo Pessina came on for the second half, making an immediate impact, because Pessina doubled Atalanta’s lead by sweeping into the far corner with the inside of the left boot after a well-worked passing team move, including the Colombian’s assist.

Muriel wasted a promising counter-attack, then Luigi Sepe got something to Joakim Maehle’s solo effort, while Berat Djimsiti’s header skimmed the upright.

Atalanta added a third when a passing move tore the Parma defence to shreds, Aleksei Miranchuk threading through for Mario Pasalic, who rolled across for Muriel to finish it off one-on-one.

However, Parma got a consolation goal moments later, as Maxime Busi had a wonderful first touch to control a long ball and skip away from Maehle, rolling across for Juan Brunetta’s tap-in.

Parma were unlucky on the fourth Atalanta goal, as Sepe had managed to make a sensational fingertip save on Pessina, but turned it onto the upright, bouncing kindly for Muriel.

It still wasn’t over, as Simon Sohm scored his debut Serie A goal by running onto the Graziano Pelle assist and waltzing around Pierluigi Gollini.

Atalanta also got a fifth in stoppages, as Sepe made two desperate point-blank reaction saves in a row on Maehle, but could do nothing on Aleksei Miranchuk’s rocket.