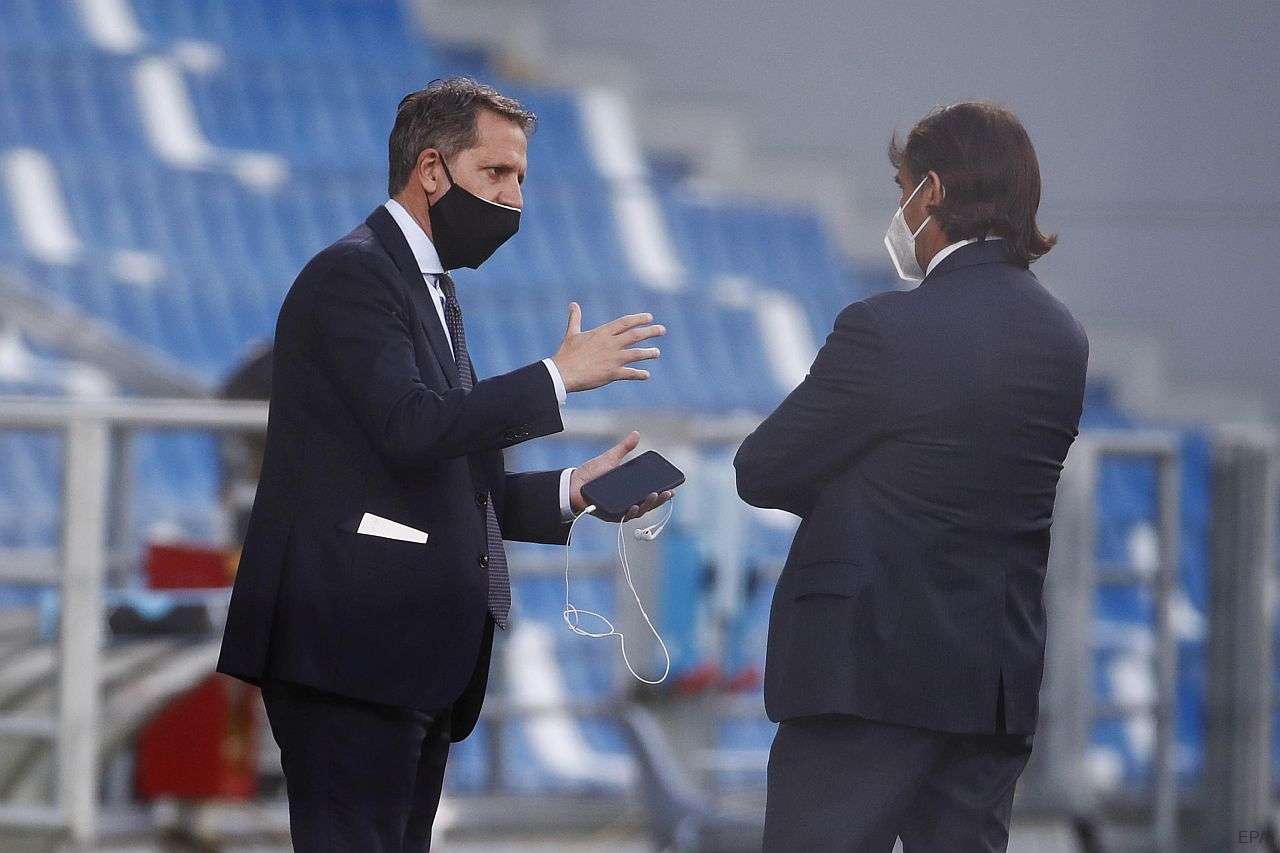 Fabio Paratici admits Paul Pogba was never close to returning to Juventus and explains why he accepted Tottenham’s offer.

The former Juventus director moved to North London after his 11-year spell at the Allianz Stadium.

The Serie A giants won nine Serie A titles and six Coppa Italia during his tenure, reaching the Champions League Final twice.

The Italian director spoke to Sky Sport Italia to explain why he left the Allianz Stadium to join Tottenham and reveal the truth about a few transfer rumours regarding the Old Lady.

During his time in Turin, one of the most talked-about players was Paul Pogba, who joined the Bianconeri as a free agent from Manchester United in 2012 and returned to Old Trafford four years later for €100m.

Despite his departure, the Frenchman has been linked several times with a return to Turin, but Paratici admitted the Red Devils star was never close to returning.

“Paul joined Juventus when he was only 18, he grew up with us and it was a great satisfaction. This is part of the great affection there is between the club and the player, but he was never close to returning,” Paratici admitted.

Sassuolo and Italy star Domenico Berardi, on the other hand, could have joined the Bianconeri.

“He was really close,” said Paratici.

“We began talks after just a few games, he is a great talent and it would have been a pity not to be able to prove it. I am happy for him.

“Chiesa joined Juventus and we were delighted about it, our judgement about him never changed. He has great qualities and personality. His desire to improve every day and his perseverance are his most important features.

Who is Fabio Paratici and what Tottenham can expect from him

“I spent 11 amazing years at Juventus,” the 48-year-old continued.

“It’s such a long time in the world of football and I have great memories. It was a great experience, but it was right to change.

“I respect Allegri, but I had already spoken to Agnelli before he returned, I hadn’t programmed the future.

“I must thank Allegri for five incredible seasons we lived together, we won so many trophies.”

Paratici said he never tried to sign Gigio Donnarumma at Tottenham and revealed why he moved to North London.

“Donnarumma is the best youth in the world, but I’ve never tried to sign him here in England,” he said.

“We’ve always respected each other and I’ve always dreamt of coming to the Premier League, this new experience will complete me on a professional and personal level. It’s a top club and I am thrilled.

“Here in England, they invest in training facilities. Tottenham’s training centre is huge and they care for every detail.

“It’s a marvellous place, where people are happy to work, there is great enthusiasm, it’s really beautiful.”

“We did some interviews as it always happens and in the end we picked Nuno Espirito Santo,” Paratici said.

“He is a coach with great experience in England, he had four great seasons at Wolverhampton, so we picked him.

“We spoke to Conte, but you never speak to only one coach. The same happened with Gattuso, people rushed a little bit saying the deals were done. In Italy, a contact automatically means the deal is done, here there is more tranquillity.”

Harry Kane had made it clear he wants to leave the club, but do Spurs want to sell him?

“I’m looking forward to seeing him in action, the club’s target is to keep him, he is a special player and one of the best strikers in the world,” Paratici concluded.