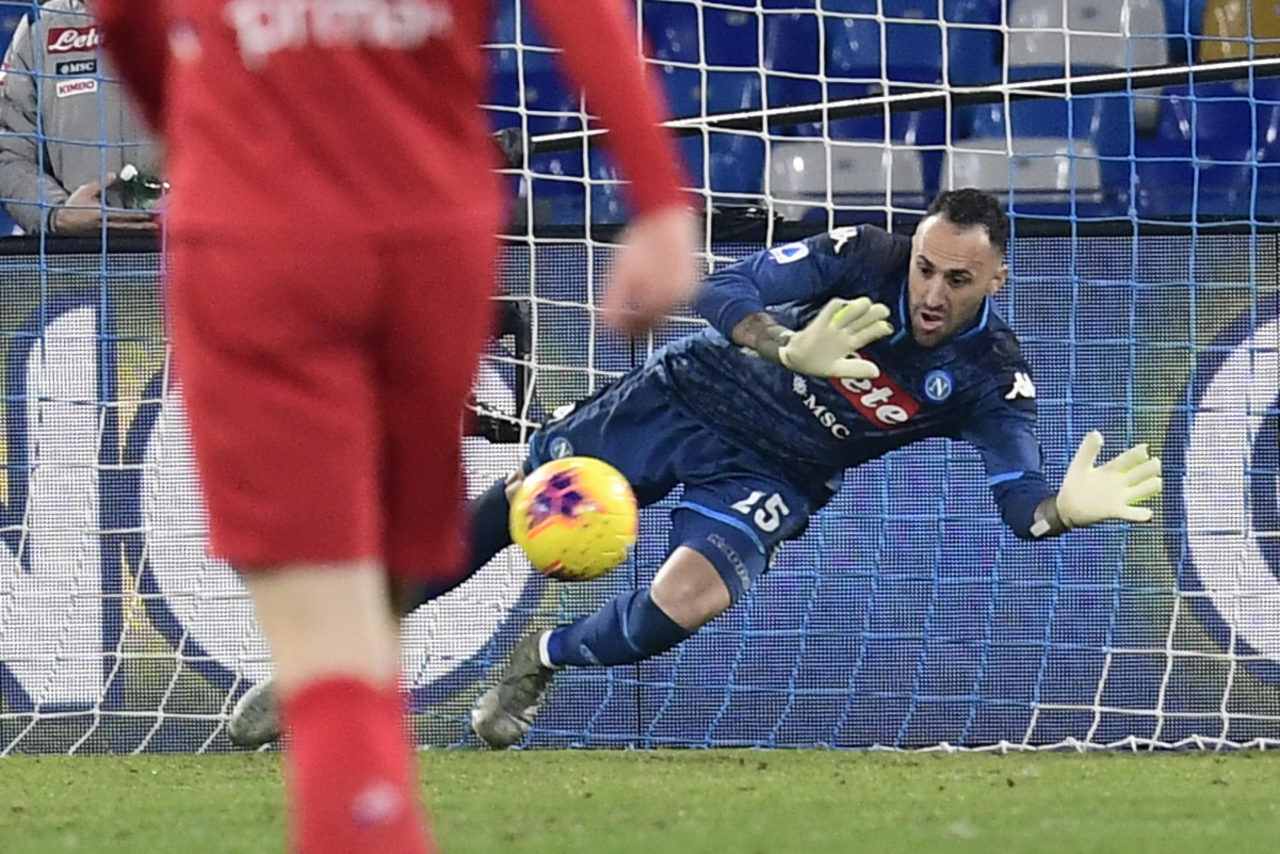 Napoli are confident David Ospina will be available to play against Juventus next Saturday, as he only sustained a knock for Colombia.

The tension was sky high in the Partenopei camp, because Alex Meret has already been ruled out for several weeks after micro-fractures were found in his back.

The injury was discovered while attending international duty with Italy and he was sent home immediately.

Ospina therefore has to step in for the big Serie A match against Juventus on Saturday September 11.

So when he went off injured during a game for Colombia, it prompted some panic in the Napoli hierarchy, with reports they could even try to sign free agent Antonio Mirante to plug the gaps.

Goalkeeper worries for Napoli ahead of Juve: Free agent Mirante a target?

However, La Gazzetta dello Sport reports that the news from Colombia is positive, as Ospina only sustained a knock and will be fit to face Juve.

He’ll return to Europe via Portugal with a charter jet put together by several clubs – including Juventus – to carry the South American players back in time for their games this weekend.

Juan Cuadrado is among those set to be on the flight along with Ospina, arriving on Friday afternoon in Portugal.