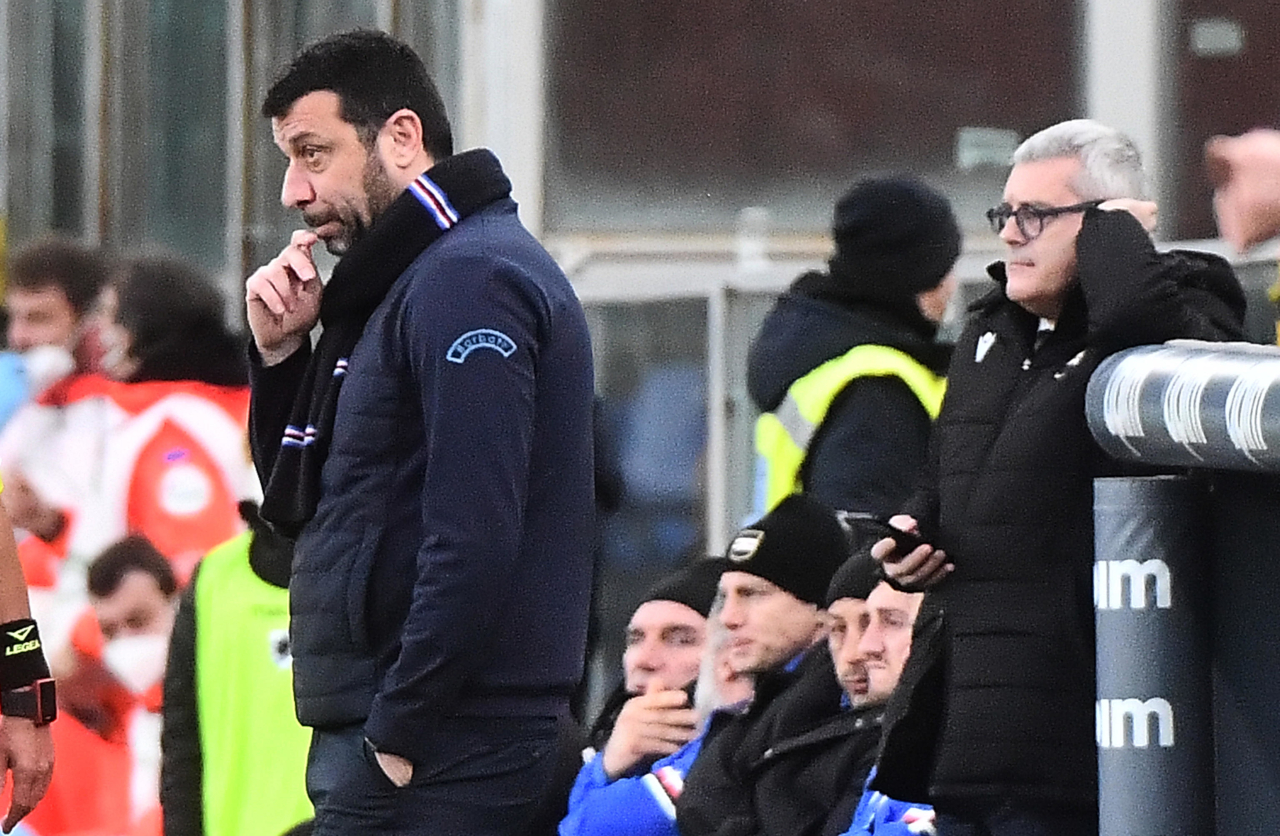 Sampdoria have sacked their coach Roberto D’Aversa on the eve of their Coppa Italia clash against Juventus.

“U.C. Sampdoria announces that Roberto D’Aversa has been relieved of his duties as head coach of the first team,” a club statement read.

“The club would like to thank him and his backroom team for the professionalism shown during their time at Sampdoria.”

The Blucerchiati have collected 20 points in 22 Serie A games and are just four points above the relegation zone.

Marco Giampaolo is in talks for a return to Marassi, but the two parties have not reached an agreement yet, so Angelo Palombo or Felice Tufano could be on the bench against Juventus in a Coppa Italia Round of 16 tie tomorrow.

Palombo, a former Sampdoria midfielder, was part of D’Aversa’s staff, while Tufano is the Primavera team coach.