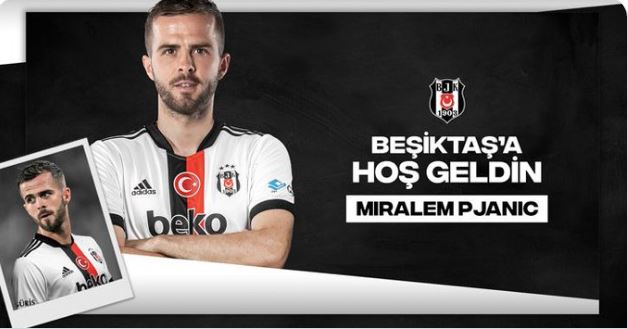 The 31-year-old had been linked with a return to Juventus during the summer transfer window, but Barcelona didn’t want to pay a part of his salary, according to reports in Italy.

Besiktas have now announced the signing of the former Juve and Roma star on loan until the end of the season, but the Turkish club will only pay €2.7m of his €8m-a-year salary.

Before the deadline day, Pjanic claimed he wanted to return to Juventus but was unsure of a positive end of negotiations with the Bianconeri.

He had left the Allianz Stadium in the summer of 2020 in a swap deal with Arthur.

Besiktas don’t have an option to make the player’s move permanent, so Pjanic will return to Barcelona at the end of the season.

His contract with the La Liga giants expires in June 2024.