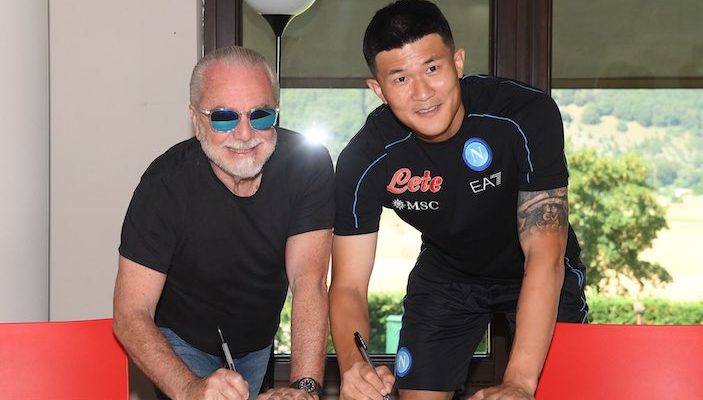 Napoli have officially completed the transfer of Kim Min-Jae from Fenerbahce, tying him down to a three-year contract.

The Partenopei have been looking to strengthen their defence following the €40m sale of Kalidou Koulibaly earlier this month, and after picking up Leo Ostigard from Brighton they’ve also secured the services of Kim, who impressed last season in Turkey.

Napoli reportedly paid the 25-year-old Korean centre back’s release clause, forcing Fenerbahce to give up on the talented defender. His contract in Campania is understood to be a three-year deal with an option for a further two, worth around €2.5m net per season. It also reportedly includes a €45m release clause, valid for clubs abroad from the second year onwards.

Kim will now join Luciano Spalletti’s squad as they continue their pre-season preparations, ahead of their first game of the season against Hellas Verona on August 15. Fans are excited to see what he’s capable of after an impressive spell in Turkey.