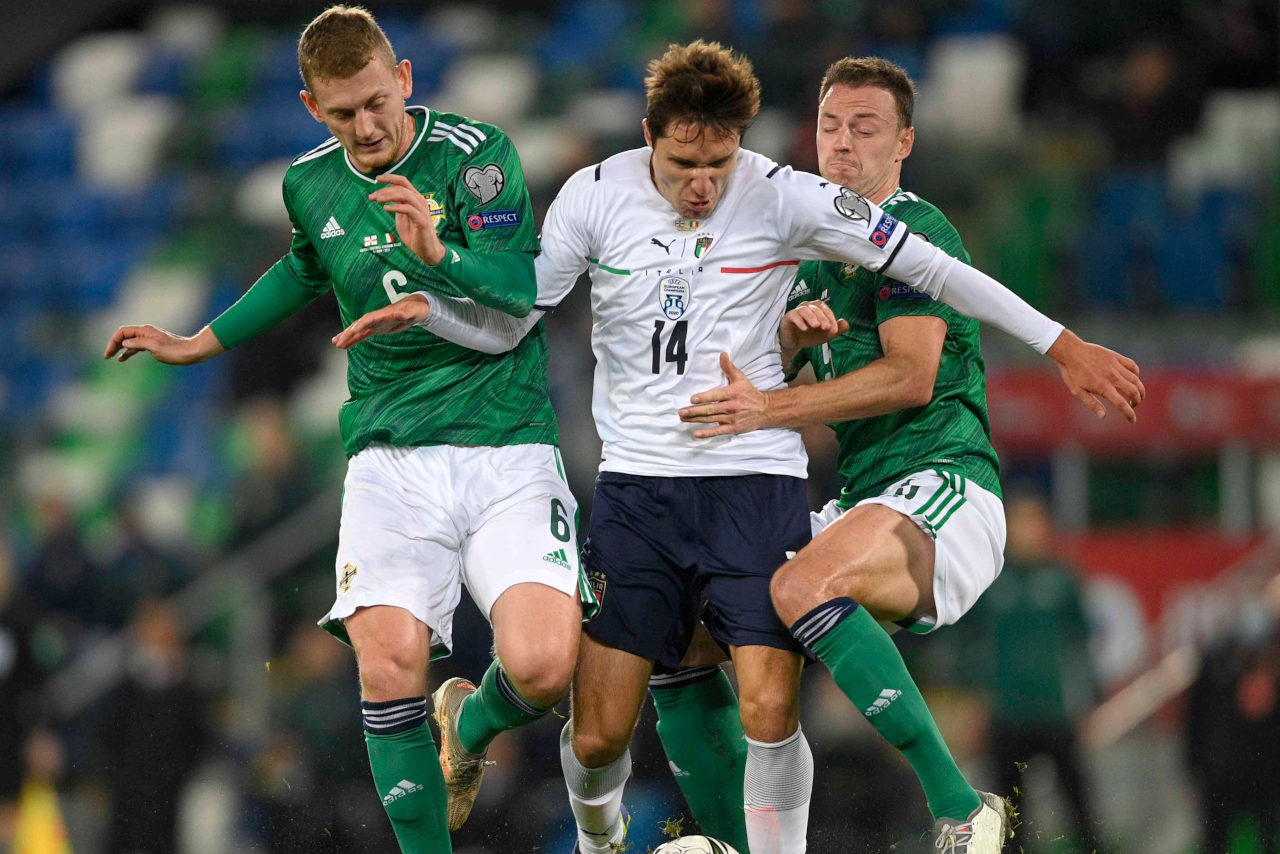 Italy are heading for the World Cup play-offs after failing to break down Northern Ireland in Belfast, as Switzerland win the group after thrashing Bulgaria 4-0.

The Azzurri were leading Group C only on goal difference, +11 to +9, so had to keep a close eye on the result from Switzerland’s home game with Bulgaria as well as try to become the first team to score at Windsor Park in this qualifying campaign. Italy had never won in Belfast, emerging with two draws and a 2-1 defeat that cost them a spot at the 1958 World Cup.

Injuries continued to pile up, so Lorenzo Insigne was False 9 with Sandro Tonali coming into midfield.

Bailey Peacock-Farrell fingertipped a Giovanni Di Lorenzo cross-shot away, while an Insigne curler and Federico Chiesa effort were too predictable and slow.

When Chiesa did force a tricky save, he had wandered offside on Insigne’s pass. Bryan Cristante replaced booked Tonali at the break.

Gianluigi Donnarumma had to make the first real save of the game when Jamal Lewis knocked back a cross for George Saville to hit it first time from 10 yards.

Insigne tested Peacock-Farrell at the near post, but news came through that Switzerland had taken the lead against Bulgaria, putting them top of the group.

Emerson’s snapshot from distance took a deflection off Davis to go wide of the far post, but Northern Ireland also threatened with a counter-attack as Stuart Dallas drilled off target from the edge of the box.

In fact, the hosts nearly won it in stoppages when Donnarumma was caught in no man’s land by Connor Washington, but Leonardo Bonucci got back for a goal-line clearance.