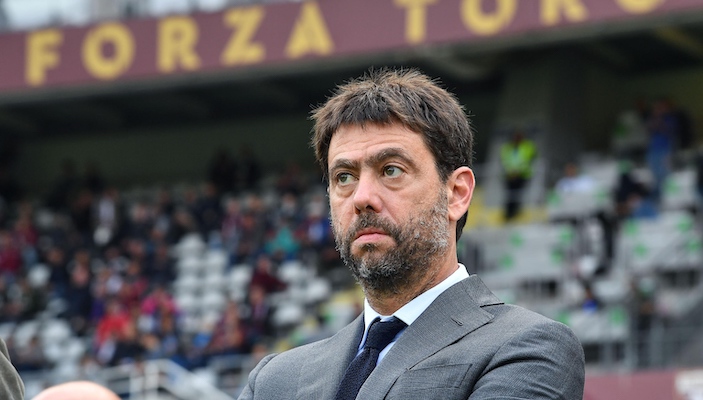 Juventus gave their best wishes to Andrea Agnelli for his 47th birthday but it’s clear that the mood in Turin isn’t right for a party.

Agnelli and the club’s entire board of directors unexpectedly resigned last week as the investigation into their hidden salary payments began to heat up. The Turin Public Prosecutor’s Office are closely examining Juventus’ financial documents, investigating both the secret wage payments and the usage of false capital gains.

Juventus have now been thrown into disarray and they’ll be forced to weather the storm clouds in Turin in the coming months.

One figure who has divided opinion is former president Agnelli, who resigned after 12 years in charge last week. His reign initially brought the club to the highest of peaks in Italian football but difficulties in recent years have seen them slip down the pecking order in Serie A.

Juventus’ statement celebrating Agnelli’s 47th birthday will likely further fuel the divisions amongst Bianconeri supporters, with some happy for a change and others sad to see him go.

“Today is the birthday of our president, Andrea Agnelli. It is not a day like any other, not at a time like any other. So much has been written, so much has been said, so much will be said again: what we, the people of Juve, want to say today, to borrow a term dear to Andrea, is simply: Thank you.

“While turning the pages of the newspapers, we risk losing sight of other pages: those of the history books. A history that has linked our club to a family for almost a century; decades in which Juventus has become a legend, and then consolidated it again, from 2010 onwards, thanks to an unprecedented era, on and off the pitch. All this is possible if there is a vision behind it.

“Andrea Agnelli has not only always demonstrated that he has that vision, but has made it his trademark, taking Juventus by the hand towards a horizon that was unthinkable until recently. On the pitch, and it is enough to scroll through a squad too long not to risk forgetting something, and off it.

“Everything that is before our eyes today, and after a few years appears almost ‘normal’, such as a new visual identity, such as new and modern infrastructures, such as a look at worlds ‘other’ than football, such as sports projects never seen before in Italy, is the fruit of that vision.

“A vision that had – and has – the drive for the future as its hallmark.

“Because, to use another concept dear to Andrea, after one victory you already start thinking about the next.

“We will not waste this lesson: it is the best way to wish our President a happy birthday.”