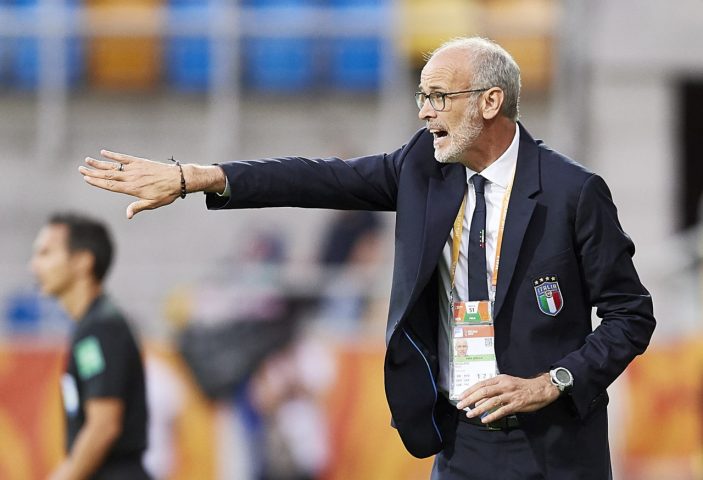 Paolo Nicolato has announced his Italy Under-21 squad ahead of the upcoming friendly against Germany U-21.

The Azzurrini squad contains a number of experienced Serie A players like Marco Carnesecchi, Fabiano Parisi and Nicolo Rovella, suggesting good things are on the horizon for Italy’s next generation of stars. Italy’s failure to qualify for the upcoming World Cup in Qatar has increased the attention paid to the Under-21 squad as many look to find the answer in fresher options.

Other interesting inclusions in Nicolato’s Italy U-21 squad include Roma talent Cristian Volpato, who declined a call from Australia for the World Cup, and Cesare Casadei, who left Italy to join Chelsea in the summer.

A number of these players will be hoping to break into Roberto Mancini’s senior Italy squad for the next major tournament after the World Cup, Euro 2024 in Germany, and their work with the Under-21 side is key for their development.