Nicola: ‘Salernitana had a 7 per cent chance of safety’ 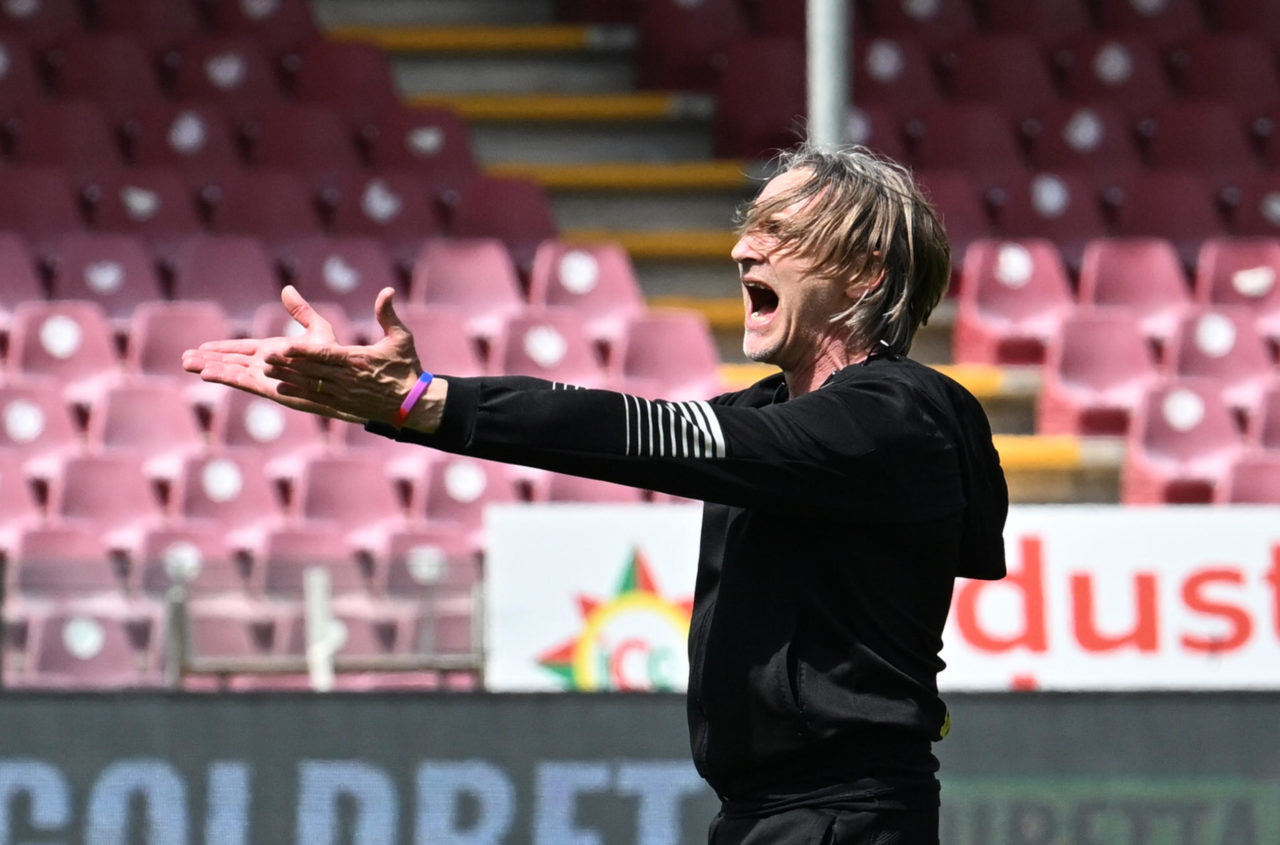 Salernitana coach Davide Nicola wants his team and the fans to remember they had a ‘seven per cent chance’ of safety when he arrived, but they can secure their Serie A spot tomorrow.

Their match with Udinese kicks off on Sunday at 19.45 UK time (18.45 GMT), simultaneously with Cagliari’s trip to Venezia.

Salernitana need a victory to be sure of their Serie A status for next season, as they are two points above Cagliari, but have an inferior head-to-head record.

That means if Salernitana draw and Cagliari win, then the Sardinians will leapfrog them on that h2h record.

When he took over on February 15, Salernitana seemed doomed to the drop, but he put together four wins, six draws and four defeats.

The real comeback started on April 16, as they are unbeaten since that trip to Sampdoria, winning four and drawing three.

“I would like to start here by recapping what has happened so far,” said Nicola at the start of his press conference.

“The final game is tomorrow and we will write the end of our story. It started with that famous seven per cent chance of safety that our director of sport talked about when I arrived. It’ll be worth it, we want to believe, that’s what the President said when he contacted me.

“It was an exciting challenge and I didn’t hesitate for a second. We played the first match and I was literally engulfed by the passion of this city, the hard work of the lads, the enthusiasm of the fans. Everyone was extraordinary.

“I explained to them what facing a journey like this means. We needed to create an identity as a team, focus on the details, because seven per cent does not give you much wiggle room. It’s a real dive into the unknown.

“With the help of our fans, we were able to achieve something remarkable already, reaching the final round with our fate still in our hands. That seven per cent is something we’ll believe in to the final whistle tomorrow.

“We need the help of every single person who comes to the Stadio Arechi tomorrow. It would be amazing.”

Nicola is no stranger to miracles, having recovered Crotone from a seemingly impossible situation to safety, then rescuing Genoa in dire straits.

They were 12 points off the safety zone on April 16, aided also by having two games in hand after a COVID-19 outbreak in January.

“We faced incredible risks to get where we are now. Salernitana have an identity, courage, unity, awareness and enthusiasm. We depend only on ourselves now. Now I want enthusiasm, not fear.”

Ederson is suspended in midfield, while goalkeeper Luigi Sepe is out injured, so Vid Belec takes the gloves.

“I want us to one day talk about this Salernitana. Tomorrow all of Salerno will be on that pitch with us, not just the 11 players wearing the Granata jersey. The city and the team are one.”