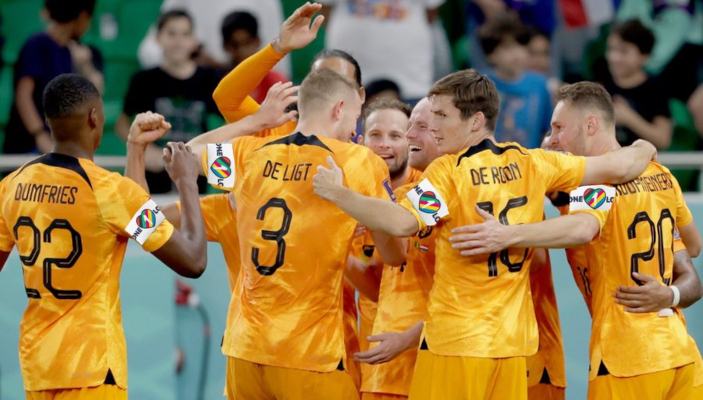 The final round of group games have arrived and these Netherlands vs. Qatar predictions suggest that the Dutch should be able to progress to the round of 16.

The draw between the Netherlands and Ecuador means that Louis van Gaal’s side need a positive result here to make sure that they progress to the knock out stages. It has been an unconvincing tournament so far from the Dutch, but three points here will be expected.

Although there will be pressure on the Netherlands team to get the win at the Al Bayt Stadium on Tuesday, this could turn into a morale-boosting victory with a few goals into the bargain. A bet on over 3.5 could even be a good shout.

Cody Gakpo has scored in both games so far and the PSV attacker has looked very impressive and shown why he is coveted by some of the bigger clubs in Europe. He could make it three out of three here and become a contender for the World Cup golden boot in the process.

Qatar looked much better against Senegal than the insipid display against Ecuador in the opening game of this year’s World Cup. But two defeats mean that the hosts have now been knocked out already and will only be playing for pride on Tuesday.

That pride could go a long way for Qatar scoring another goal in this game and, although a victory is not on the cards, it does mean a both teams to score bet could be worth a go.

Qatar was never expected to do incredibly well in this World Cup but will want to show further improvement from the second game against Senegal. Hopefully that means that this meeting will be a memorable one.

How to stream Netherlands vs. Qatar

Netherlands vs. Qatar will be shown by the ITV in the UK and online around the world.

Any ideas Louis van Gaal had of possibly resting important players in the final group game have disappeared after only managing a draw against Ecuador. Now he should go with another full-strength starting eleven – and may even bring in Memphis Depay if the Barcelona striker is fully fit.

Head coach Félix Sánchez may ring the changes considering that it is the last game for Qatar at their own World Cup. But the players in the last game looked much better, so he could put his trust in them instead. Goal scorer Mohammed Muntari could start though.