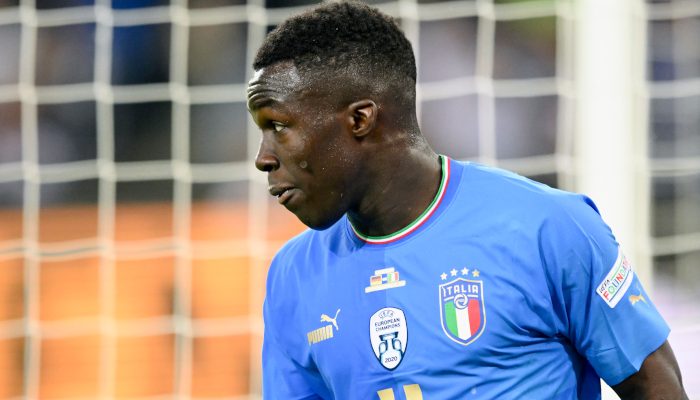 Italy bring in Wilfried Gnonto with Giacomo Raspadori as they visit Marco Rossi’s Hungary in a head-to-head for the Nations League Final Four.

You can follow all the build-up and action as it happens on the LIVEBLOG.

The Hungarians top the group on 10 points, followed by Italy on eight, Germany six and already-relegated England on two.

It means a victory will allow the Azzurri to reach the Final Four tournament.

Italy are the only side to have so far beaten Hungary in this group, 2-1 back in June, but the Hungarians are stronger away than at home, here beating England 1-0 and drawing 1-1 with Germany.

Roberto Mancini sticks with the 3-5-2 system that beat England 1-0 on Friday, bringing in Leeds United striker Gnonto to partner Raspadori of Napoli.

He had been expected to also start Alessandro Bonucci and Tommaso Pobega, but Francesco Acerbi and Bryan Cristante keep their places.

This will be veteran captain Adam Szalai’s final game for Hungary before retiring from international duty.