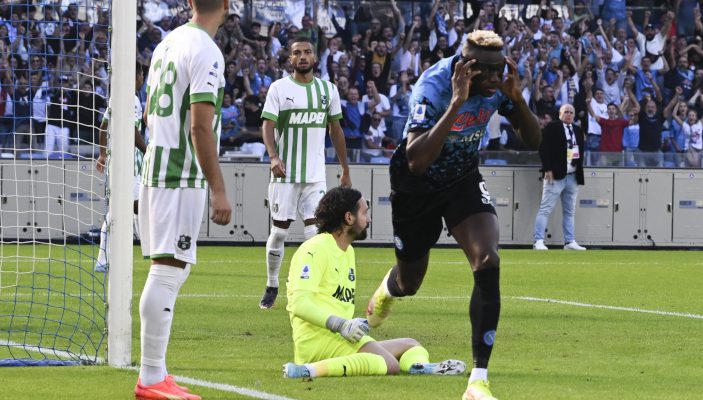 Napoli star Victor Osimhen has won the ‘Emerging Player Of The Year’ at the Globe Soccer Awards in Dubai, beating Barcelona and Real Madrid’s midfielders Gavi and Federico Valverde.

Osimhen, Gavi and Valverde were the three finalists for the ‘Emerging Player Of The Year’ in Dubai and the Nigeria international has beaten the Barcelona and Real Madrid midfielders.

Osimhen has had a stunning start to the season at the Stadio Maradona thanks to his 10 goals in 14 appearances across all competitions.