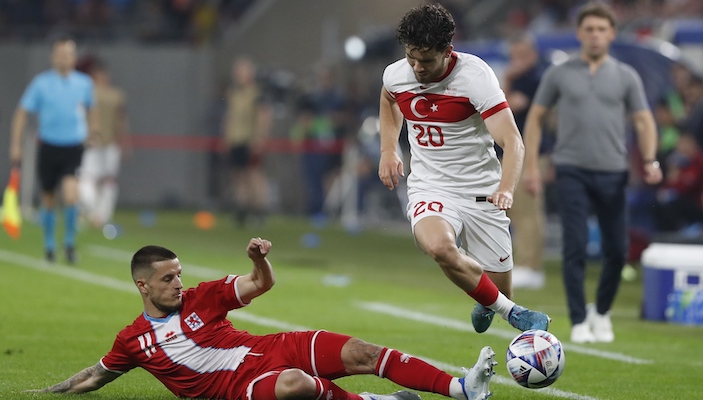 Napoli’s recent business with Fenerbahce has proven fruitful and the club are reportedly keeping a close eye on both Ferdi Kadioglu and Arda Guler.

The Partenopei have been following the progress of the Turkish outfit closely in recent years and deals like Eljif Elmas and Kim Min-Jae have been successes for the club, prompting them to continue considering further business with Fenerbahce.

As reported by La Gazzetta dello Sport, Napoli are big fans of the 23-year-old Kadioglu, who is a rising star in Fenerbahce and the Turkish national team. The Turkish full back, who is can play on both sides of the pitch as well as in the midfield, is continuing to impress and could make the jump to Campania in the coming months.

Another Fenerbahce player that Napoli are keeping a close eye on is the 17-year-old Guler, who broke into the first team last season. The forward, who can play on both wings as well as a more central role, is shining in Turkey and has scored three goals in 13 appearances this campaign.