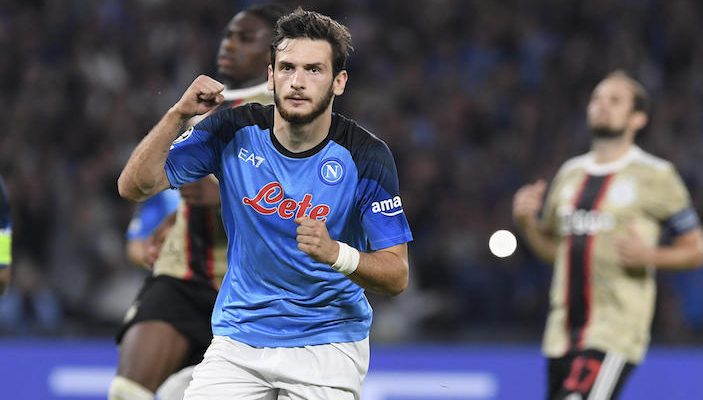 Napoli have used the World Cup break to recover star winger Khvicha Kvaratskhelia and the Georgian is finally ready to return to action after a month on the sidelines.

The 21-year-old forward, who joined the Partenopei for €10m from Dinamo Batumi in the summer, was one of the stars of the show in the first half of the season in the Campania capital, scoring eight goals and providing 10 assists across 17 appearances.

Kvaratskhelia’s last match was the 2-0 loss to Liverpool on November 1. After that game, he was sidelined with lower back pains, forcing him to miss Napoli’s last three games of 2022 against Atalanta, Empoli and Udinese.

As reported by La Gazzetta dello Sport, Kvaratskhelia has been working with Luciano Spalletti and his teammates at Napoli’s training camp in Turkey and is finally ready to return to the pitch.

The 21-year-old Georgian winger is ready to play Antalyaspor in a friendly today, giving him the chance to build up a little match fitness ahead of the second half of the campaign.