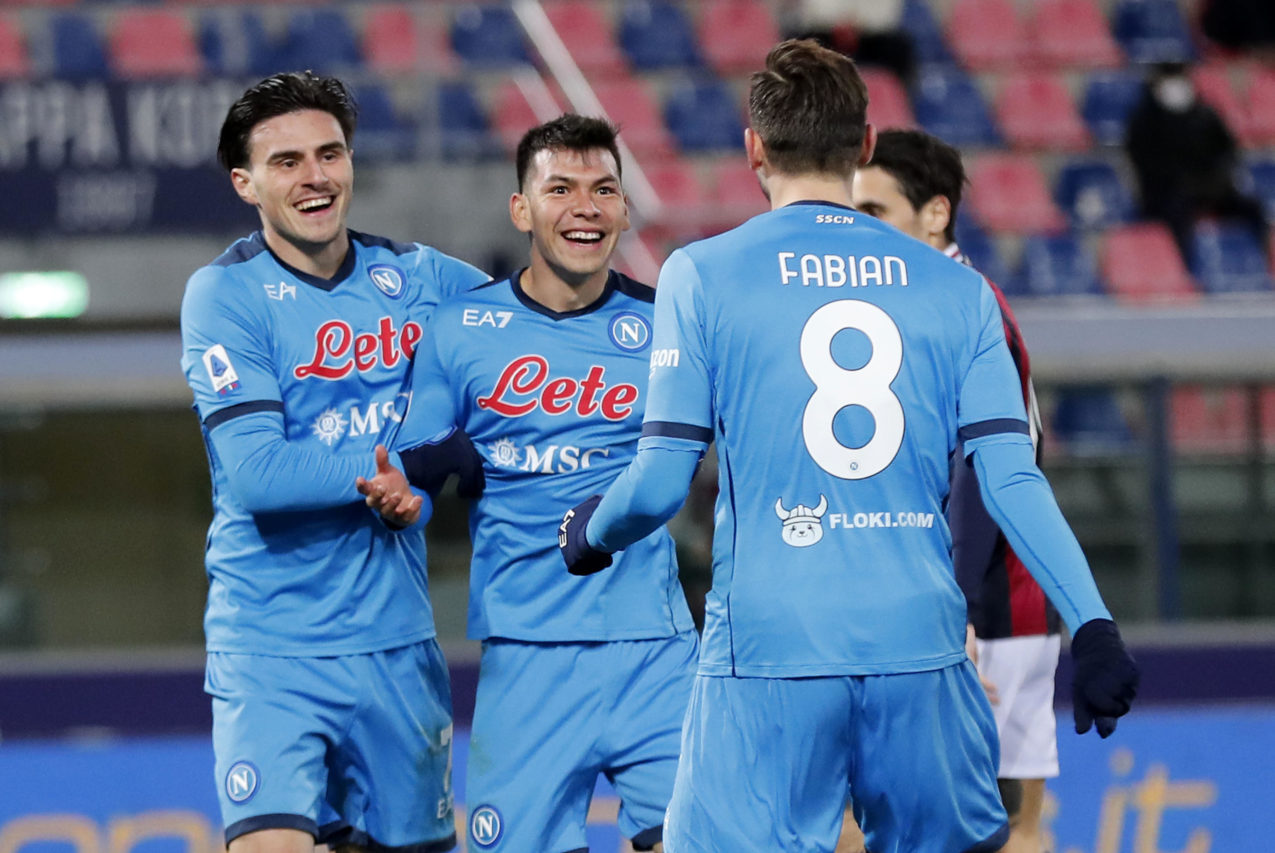 Napoli have officially revealed their ‘flames kit’, which is their 10th different outfit shirt this season.

The shirt is apparently dedicated to the love and passion that the fans transmit to the squad, and is now available for purchase. It is unclear when this shirt will make it’s debut on the pitch.

Napoli have now released 10 outfield shirts this season; a normal home, away and third combo, as well as home and away variants of the Diego Maradona tribute, as well as a unique navy version of the Maradona shirt. They also released a red fourth shirt, a European home variant, a European third shirt, a special Halloween shirt and now the ‘flames kit’.

The Partenopei partnered with fashion brand Emporio Armani for this season, and they have made the most of this working relationship. Their partnership with Amazon is also key as the team look to grow their commercial revenue.