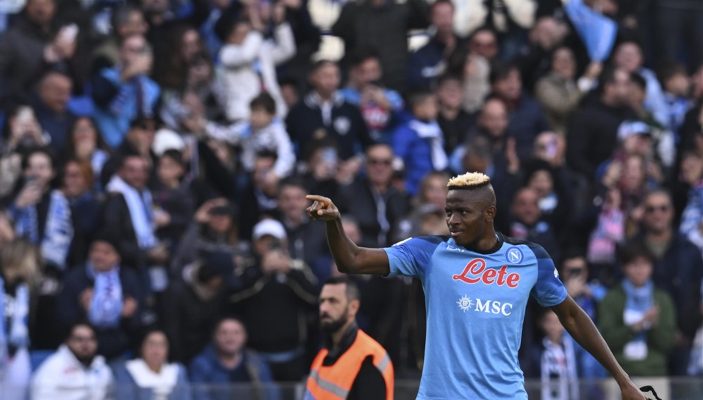 According to La Gazzetta Dello Sport, Napoli could use a clause in the Stability Decree to raise Victor Osimhen’s salary and ward off interest from Manchester United and Newcastle.

The Nigeria international has had an impressive start to the season with 10 goals in 14 appearances across all competitions.

He has attracted interest from Newcastle United and Manchester United with the Partenopei who rejected a €100m bid from the Magpies in January.

Napoli expect more big-money offers in the summer transfer window but want to ward off interest from Premier League clubs by offering their star striker a new contract with a pay rise.

Osimhen’s contract expires in 2025 and although talks between the two parties have not begun yet, the Serie A leaders want to use a clause in the so-called ‘Stability Decree’ to raise the striker’s salary, avoiding a financial burden for the club.

According to Gazzetta, the Nigeria international currently gets 4.5m per season, but thanks to the decree mentioned above, Napoli pay slightly less than €6m before taxes, rather than €9m. On paper, it is no longer applicable after five years, but any company can stretch its duration if an employee has a child and owns a house in the country.

Both conditions apply to the striker whose daughter was born in October. Therefore, Napoli will soon begin talks with his agent Roberto Calenda who is on good terms with the Partenopei.