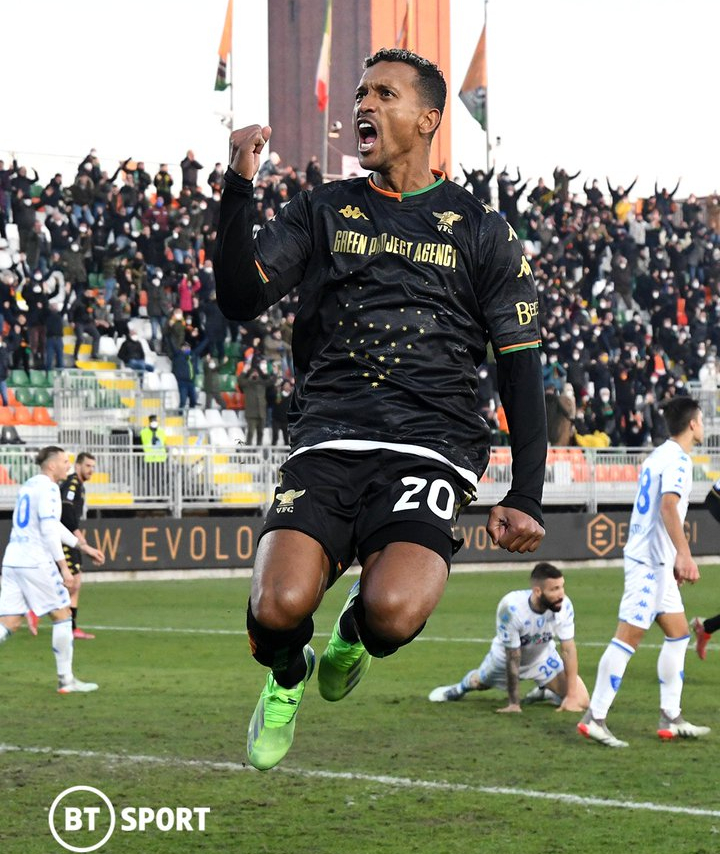 Nani doesn’t seem to be worried about fighting for survival with Venezia: ‘It’s a new experience and I like it.’

The former Manchester United winger joined the Lagunari on a free transfer in January, returning to Italy after one year at Lazio.

“Serie A is one of the best leagues in the world and one of the most difficult ones,” he told La Gazzetta dello Sport.

“I wanted to prove my worth at Lazio, but I didn’t get the chance. I had a good relationship with Simone Inzaghi, I knew the team was already made and it was easy to understand Inzaghi would join a top club one day.”

What does it feel like to play to avoid relegation?

“It’s a new experience for me and I am satisfied,” the 35-year-old said.

“It’s much better when you play for a target. I used to play to remain on top and now we don’t want to go down, but this is giving me extra motivation.

“I am no longer young, but I am willing to work hard. I am here to help.

“There are many talented footballers here and I feel I’ve been here for a long time. There is great potential.”

Nani played with Orlando City for two seasons before joining Venezia, how is football developing in the MLS?

“They are doing an excellent job, especially with young players, but football is still very physical and not tactical.

“Gianluca Busio was regarded as a promising young player in the USA and he can become a champion in Italy. Tanner Tessmann is also an excellent footballer.”