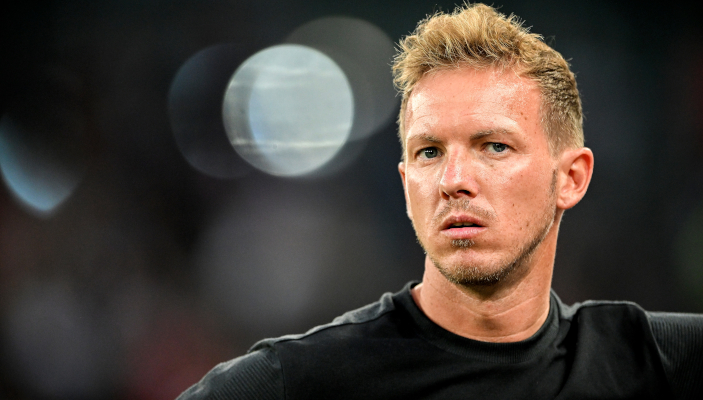 Bayern Munich coach Julian Nagelsmann has never been to San Siro and can’t wait to experience it in the Champions League. ‘Inter are an interesting opponent in a very tough group.’

The Germans were the top seeds in a very difficult group that also has Barcelona and Viktoria Plzen.

“I’m looking forward to the game and to playing at this stadium. We will try to start our group well,” said Nagelsmann in his press conference.

“I have never been to San Siro in my career, so I am happy to be in this stadium full of history, where so many decisive matches were played.

“I remember watching on my sofa as Oliver Kahn made a huge save at San Siro. I couldn’t stay still, I’d burst into tears, but I also remember defeats here. I hope Manuel Neuer isn’t as busy as Kahn was back then.

“We know the first game is not decisive in the group, but we still want to start well. Inter are an interesting opponent in a very tough group. We cannot afford to show any weakness.”

Leon Goretzka is back in the squad after a long injury lay-off, while Bouna Sarr is out and teenage striker Mathys Tel in doubt.

“I’ve made a few decisions, but not all of them. We’ve created a situation where we have all the players at a similar level, which allows us to make changes without losing quality.

“Goretzka is a candidate for the starting XI. Since he returned there have only been two training sessions with the team, but he has played well when given the chance.”

Inter have struggled in Serie A, losing against Lazio and Milan in their only truly tough fixtures so far this season.

“That can actually help a team, they can play in the Champions League without the same pressure, or take their frustration out in this tournament.

“Inter are a very experienced side, at times little distractions can make the result swing to one side or another, and we saw there were various phases in the match against Milan.

“Romelu Lukaku is out, but Edin Dzeko has done really well, and of course there’s Lautaro Martinez. We have to defend a little higher than usual.”