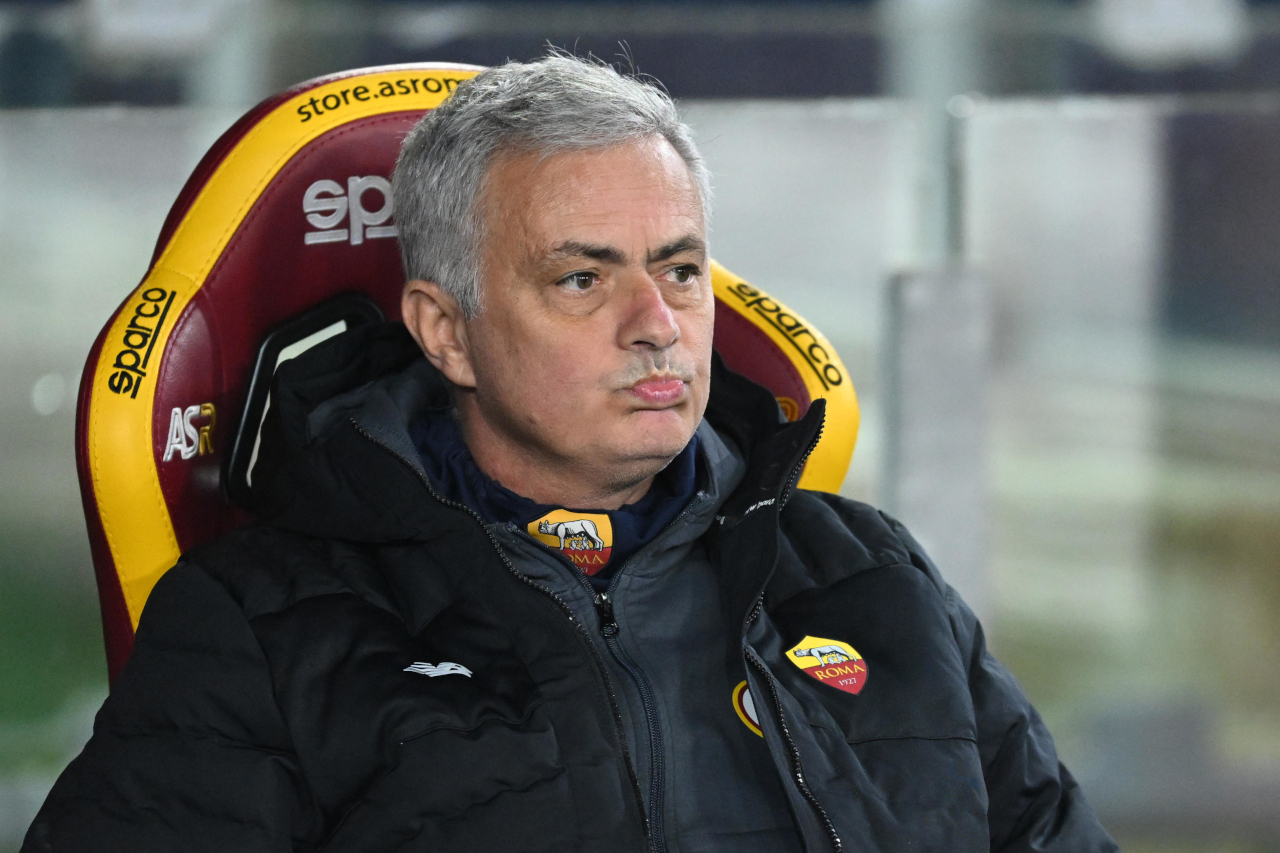 Jose Mourinho could not have been clearer in his commitment to Roma amid Everton reports. ‘I would not change this project for any other and will not leave before the three years are up.’

Roma progressed to the Coppa Italia quarter-finals thanks to a 3-1 victory over Lecce at the Stadio Olimpico.

It was a poor first half for the Giallorossi, who went behind to an Arturo Calabresi header, but Marash Kumbulla nodded in a corner to equalise.

It was pointed out to the coach that Roma simply cannot do without some of their star names.

“Unfortunately, it’s true. As I always say, our squad has its limits, we recognise that. Ainsley and Sergio brought more quality and options, but that is the situation,” Mou told Sport Mediaset.

Lecce, the only remaining Serie B side in the Coppa Italia, also went down to 10 men for Mario Gargiulo’s second bookable offence.

It means Roma will face Mourinho’s former club Inter in the quarter-final next month at San Siro.

“There’s a long way to go, we have a few more games and for me there’s no doubt Inter are the strongest team and overall squad of the league and the Coppa Italia.

“We therefore got the worst possible draw, but we will go there and try to cause a surprise. We’ll see if it’s possible.

“I don’t know how I’ll feel being at San Siro. I have to prepare emotionally, the way I did when Roma hosted Inter. I must try to have no emotions and try to make it a game like any other. I returned to San Siro to play against Milan and received insults of every kind! People won’t do that this time, but we’ll see.

“Obviously, my intention is to try to win the game and Inter fans will back their team and coach, but the respect is always there, because people don’t forget.”

Mourinho has been repeatedly linked with the vacant Everton job, but his statement this evening could not have been clearer as a signal that the Premier League club will not be getting him.

“In terms of emotion, passion, empathy, of being happy working with Roma, I say I am 11 out of 10. I am truly, very, very happy to be at a club where I feel the people trust me. I couldn’t be happier than this.

“In football terms, playing to finish between fourth and eighth place is obviously not what I want, but this is a moment of a different project for me and we will be better off next season.

“I won’t deny in the first half I did feel frustrated, as our performance was horrible. Having said that, I am happy right now and would not change this Roma project for any other.