Mourinho: ‘This is the Champions League for Roma’ 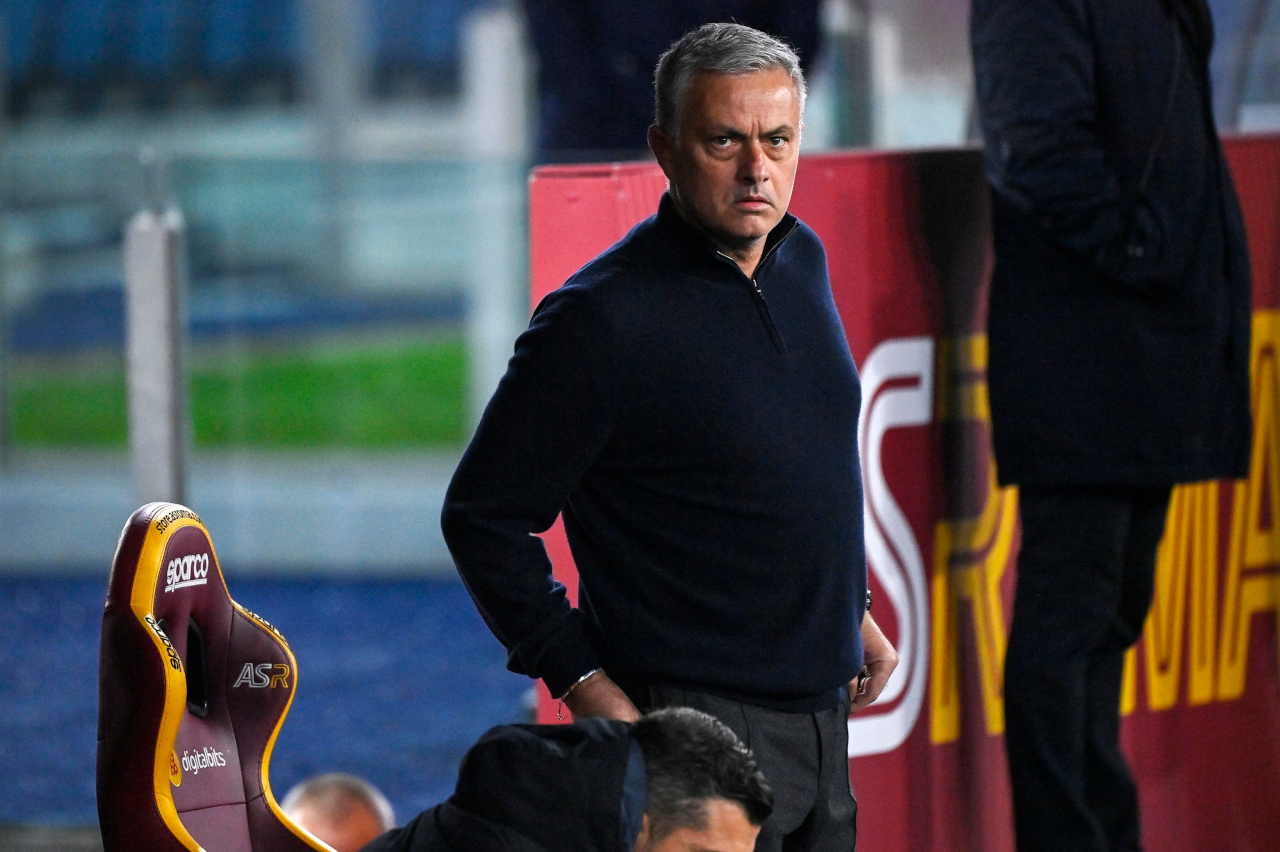 Jose Mourinho explains how he’ll prepare Roma for the potentially historic Conference League Final against Feyenoord and why he ‘cannot visualise’ retirement. ‘This is our Champions League.’

The Final is on Wednesday evening in the Albanian Capital of Tirana.

While the Giallorossi finished their Serie A season in either fifth or sixth place, qualifying for the Europa League, Feyenoord are third in the Eredivisie.

“They overcame difficult opponents, for example the semi-final against Olympique Marseille, who have a great European history at a place like the Velodrome, so we need to recognise their merits in getting to the Final,” Mourinho told UEFA’s Italian-language website.

This is hardly a new experience for Mourinho, who has already won the Champions League, Cup Winners’ Cup and Europa League, so far not suffering a single defeat in a major final.

“I have been fortunate, my players gave their best in the Finals we reached. In the moment of truth, they were ready.”

Some might see the Conference League as a step down for Mourinho, but he insists the fact Roma have never won a European trophy makes this very different.

“I am a coach with a certain history and Roma are a big club. I did feel a little bit of responsibility to make this a big competition. We slowly realised our ambition to go as far as possible. With pride, we saw the semi-finals played in packed stadiums with a total 170,000 fans present.

“The Conference League is our Champions League. This is the level we are at, the competition we are playing for. The club has not reached a game like this for a very long time.”

Not only have Roma never won in Europe, they haven’t lifted a single trophy since the 2007-08 season, with the Coppa Italia and Supercoppa Italiana.

“We must forget that. In my view, you need to treat the Final as a one-off match that brings pressure, tension and a sense of responsibility. We must only focus on the Final and the opponent we are up against, forget the history of Roma right now. Obviously, it’d be marvellous to win for the city, the club and all of us.

“If I do win four European trophies with four different clubs, I will never forget the first, the Cup Winners’ Cup in 1996-97 as assistant to Bobby Robson at Barcelona. Every time I sat next to him on the bench, I felt very proud.”

Perhaps his greatest achievement was also in Italy, winning the Treble of Scudetto, Champions League and Coppa Italia for Inter in 2009-10.

“Every new target means more than the one before. Winning the first means you could just be in the right place at the right time. Winning a second is tougher, winning a third is even more difficult than the second.

“It is one thing to win, quite another to achieve success and win continually for your entire career.”

Because of this passion for the sport, Mourinho reveals an anecdote about his time at Manchester United meeting with Sir Alex Ferguson.

“Before Manchester United vs. Real Madrid in 2012-13, Ferguson invited me to his office, which then later became my office. I asked him: ‘How’s it going, boss? Does it change over the years?’

“He replied: ‘Don’t be daft, nothing changes. It remains the same to the final day.’ This is why I keep saying I can’t believe I am 59 years old. I can’t believe I have a career of 21-22 years as a coach behind me.

“I cannot tell you when I will retire, because I simply can’t visualise it. The passion does not change.”