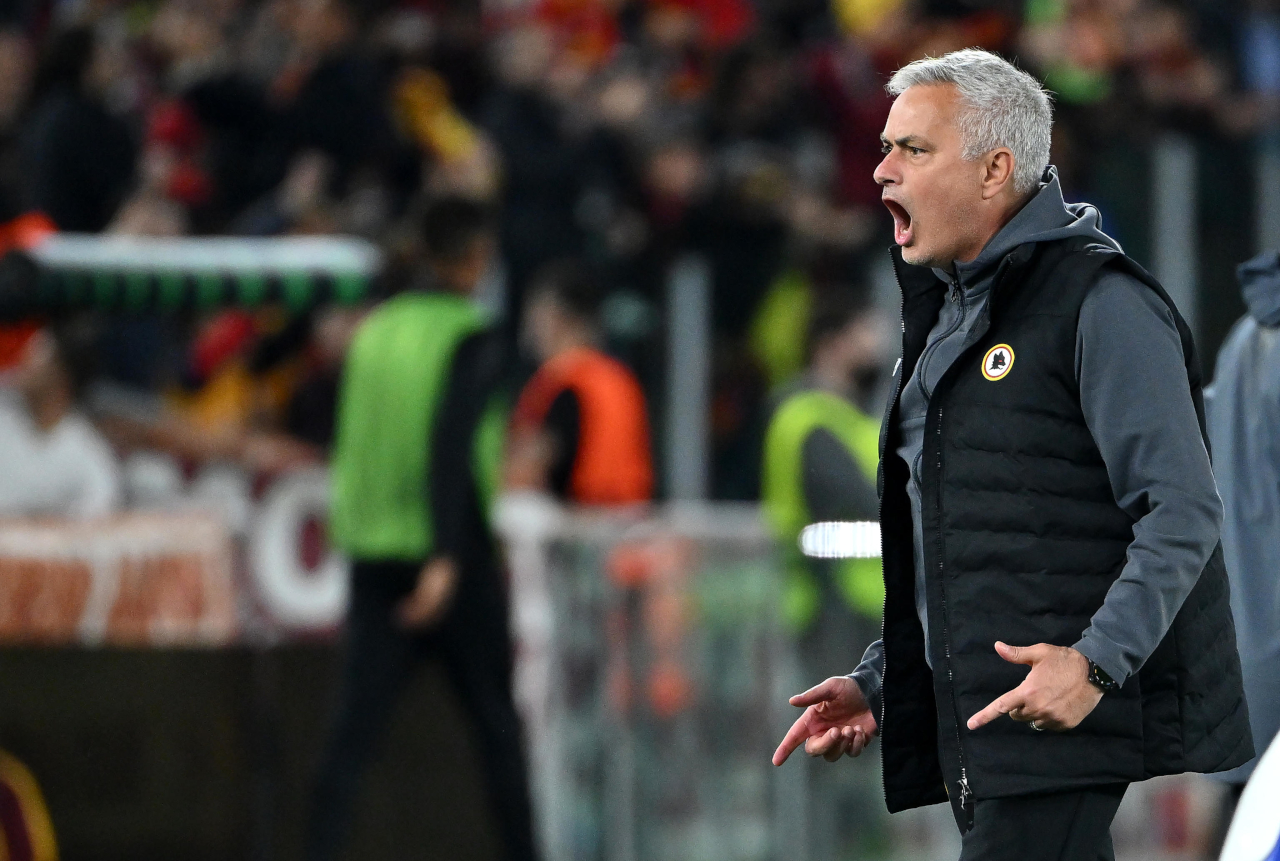 Jose Mourinho was not remotely by Roma’s 4-0 domination of Bodo/Glimt or the Nicolò Zaniolo hat-trick to reach the Conference League semi-final. ‘It’s frankly unacceptable we only managed to beat them at the fourth attempt, but we play much better than people say.’

The Giallorossi had it all to do after the 2-1 first leg defeat in Norway, especially as they had faced Bodo/Glimt three times this season and managed only one draw.

However, Tammy Abraham opened the scoring at the packed-out Stadio Olimpico within five minutes, followed by a spectacular Nicolò Zaniolo hat-trick for the final 4-0 result, 5-2 on aggregate.

Roma will face Leicester City in the Conference League semi-final, with the first leg in England on April 28, while the other semi-final is Feyenoord-Olympique Marseille.

“Being in the semi-final is the most important thing, but the way we played from the first minute with high press, intensity, quality playing out from the back, we all felt the game was ours even at 2-0,” Mourinho told Sky Sport Italia.

“Even after the first leg when we lost 2-1, I always had the sensation we were superior. We are a stronger team, it is frankly unacceptable we only managed to beat this side at the fourth attempt, but it was the most important. It was 2-1 for them, it ended 5-2 for us.”

Mourinho has now earned qualification to the semi-final in all 11 of his quarter-final attempts and was won over by the full house at the Stadio Olimpico.

“It’s fantastic, the people have this empathy and mutual passion with the team. Now we go to Napoli, so if Napoli want to win the Scudetto, we want to take fifth place.”

“Playing is good, winning is fantastic. Playing well and losing is not something that anyone likes, only those who defend themselves with the idea they have an identity, their team has an identity, but then they don’t win anything.

“There was no doubt today. I told my team at half-time that it wasn’t about humiliating the opposition, winning 6-1 the way they did in Norway, it’s just about reaching the semi-final. Some fatigue set in later on, naturally, but the team deserved it, we are now 12 games into the Conference League and it’s tough playing on Thursdays and the weekend, but we are here waving the Italian flag in Europe.”

Zaniolo had been dropped for the Rome Derby and many expected him to be left out of the starting XI again this evening, but instead he bagged a hat-trick.

“Zaniolo sells, so people talk about him when he plays, doesn’t play, is injured, on the bench. It would be better for him and for all of Italian football to just leave him alone. We managed to hide the fact he would start today, people thought he’d be on the bench, but I knew he could attack the space. We are very happy, he will no doubt be on the front page for only positive reasons tomorrow.”

Some beautiful passing to create this Roma goal 👨‍🍳 😘

They are ahead on aggregate in the tie! #UECL pic.twitter.com/D1TW8MqVt2