Mourinho: ‘Roma have only 13 players’ 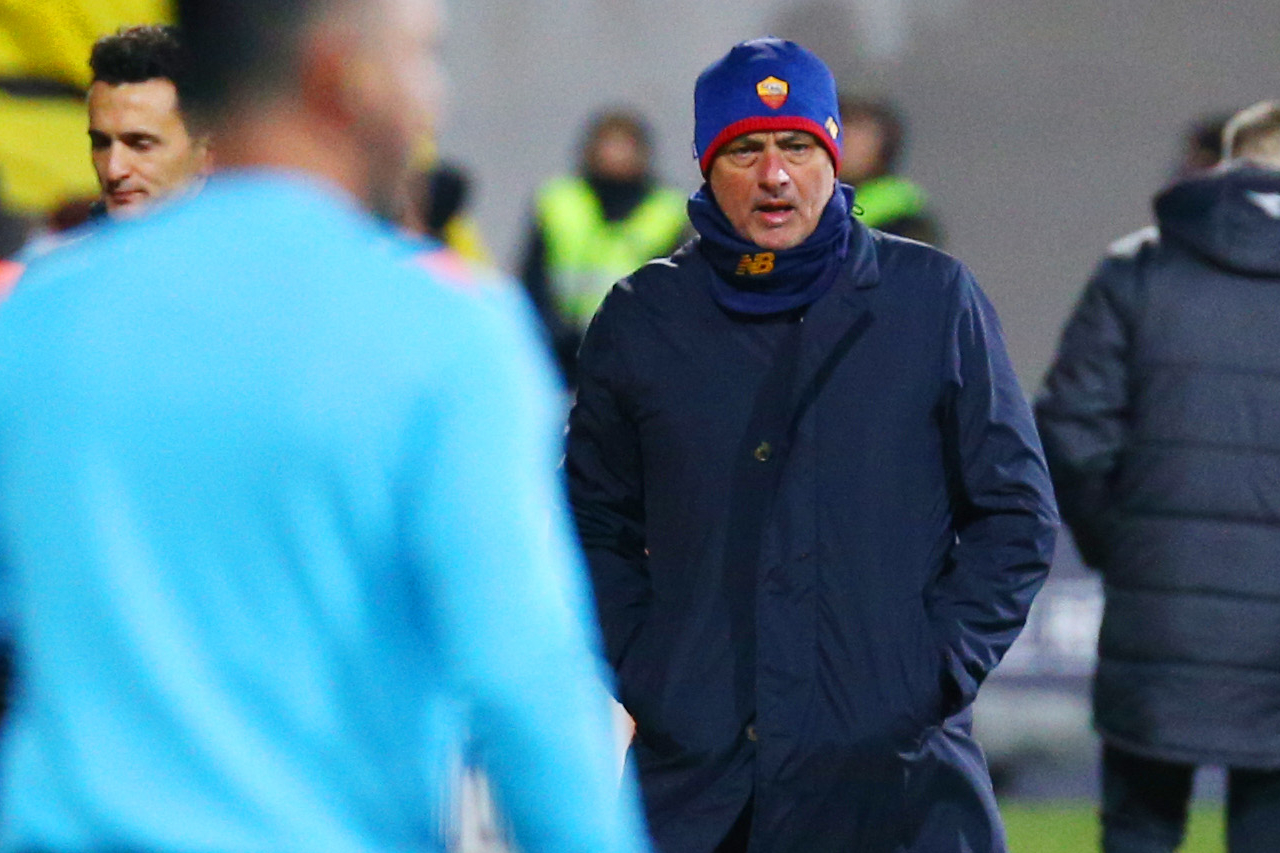 Jose Mourinho took ‘responsibility’ for the 6-1 defeat to Bodo/Glimt, but also made it crystal clear he considers Roma to have 13 players and the others are ‘on a different level.’

The Giallorossi had gone into the game with a 100 per cent record in the Conference League, including the preliminary rounds.

They rotated the squad in the cold of Norway, but even then, nobody could’ve predicted an astonishing 6-1 defeat.

It is the first time in his entire career, at the 1,008th match, that a Mourinho team has conceded six goals.

“I decided to play with this line-up, so the responsibility is mine,” the coach told Sky Sport Italia.

“I did it with good intentions, to give an opportunity to those who work hard and to rotate the squad on a synthetic pitch in cold weather. I decided to rest many players.

“We lost against a team that showed more quality on the night. It’s that simple.”

Director Tiago Pinto said before the game that it was the media trying to stir up tension between Mourinho and the club over the lack of strength in depth, but the coach required absolutely no help to broach the subject.

“If I could always play with the same XI, then I would. It’s risky, because we have a huge gap in quality between the two groups of players. I knew the limits of this squad, it is not new to me, but I still expected a better response. As I said, it’s my choice to play them, so my responsibility.”

“I never disguised the fact we were a squad with real limitations. We have 13 players who represent one team, the others are on a different level.

“At least the positive thing from now on is that nobody will ask me why I always use the same players.”

It was the first start of the season for Borja Mayoral and Bryan Reynolds, who are now almost guaranteed to leave in January, as Mourinho has no trust in them.

Looking ahead to this weekend in Serie A, the coach again hammered on the issue of the thin squad.

“Our main team is playing well, deserved more points this season and has the right mentality. We will play with that mentality on Sunday.

“We had already said some things in private before the 6-1 defeat. This result won’t make me say that in public. I will continue to say it in private, without advertising our internal issues.”