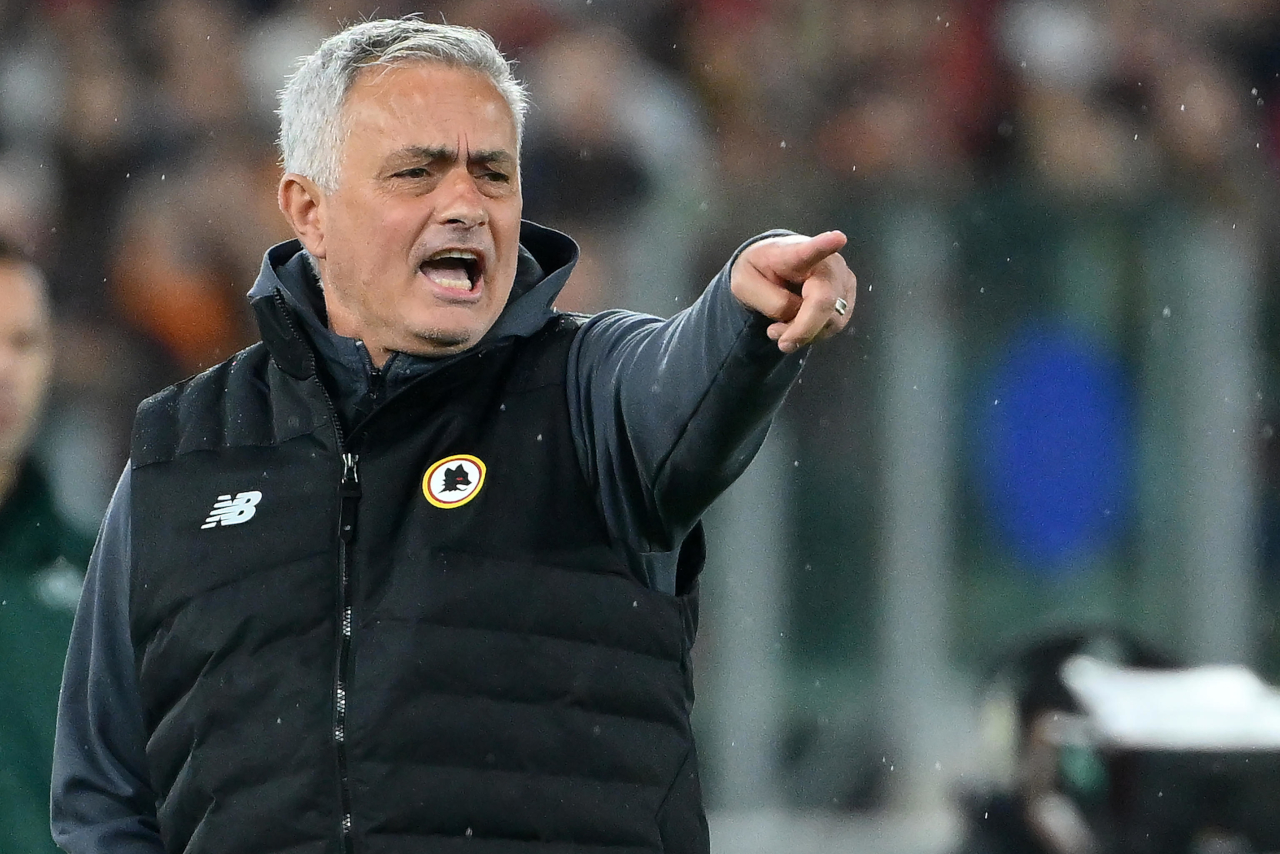 Jose Mourinho could not hold back tears at the final whistle as Roma booked their spot in the Conference League Final. ‘This for us is our Champions League.’

The Giallorossi beat Leicester City 1-0 on the night at the Stadio Olimpico with a Tammy Abraham header, 2-1 on aggregate.

It set up their Final against Feyenoord in Tirana on May 25, the first UEFA Final for the club since 1991.

Although he has won the Champions League and Europa League, the Special One was visibly emotional as the final whistle rang out.

“When you work in Rome, live in Rome and breathe Rome, you breathe this club because it is the real club of the city,” Mourinho told BT Sport.

“I felt from day one it is huge. But no victories and not many finals. The history is not related to the social dimension of the club.

“I am very emotional. Of course I have had bigger moments than this, but I am not feeling for myself, I am feeling for the people and my players. This for us, is our Champions League.”