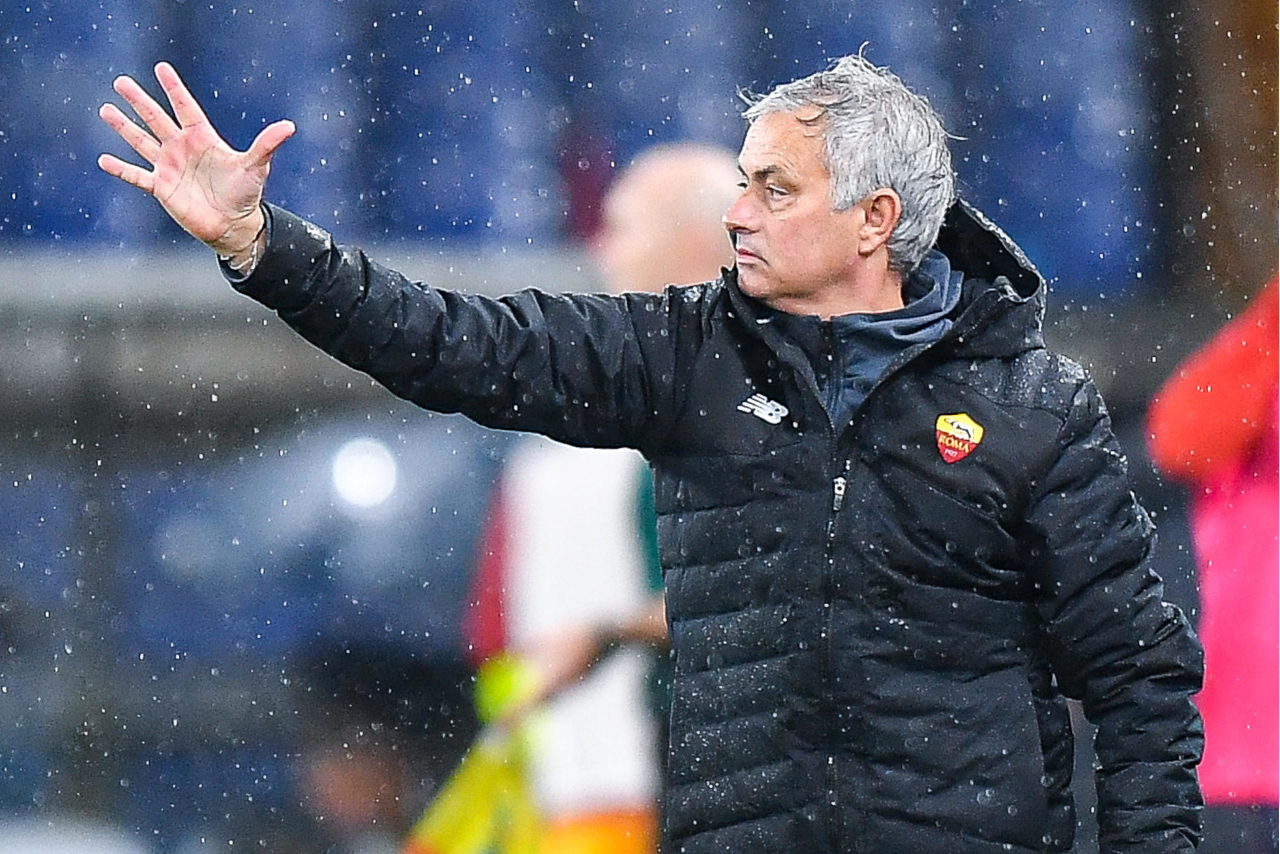 Jose Mourinho reveals he promised to buy Roma starlet Felix Afena-Gyan a new pair of ‘really expensive’ boots after a debut brace, while he lied to the media about his tactical plans against Genoa.

The Giallorossi were struggling badly to create genuine scoring opportunities at a rain-drenched Stadio Luigi Ferraris, until 18-year-old Felix Afena-Gyan came off the bench and made all the difference.

The teenager was making only his third Serie A appearance when he scored both goals for the 2-0 victory, an angled drive and sensational curler into the far top corner.

“I had promised to buy Felix the boots he really likes, which are really expensive, they cost €800, so he ran over and told me not to forget! Tomorrow morning, the first thing I do is buy him the boots,” Mourinho told DAZN.

“I am sorry for Mister De Rossi and the Primavera squad, but Felix will stay with us. The Primavera work close to us, so Felix and another four or five players have come across to the senior squad.

“What impressed me the most was his cool head in front of goal. If he is not in terms of technique fantastic, he does have a strong mentality.

“You get these kids now who think they know everything, but he is humble and you can sense he just absorbs all this information from everyone around him. That’s fantastic.”

Roma had moved to a three-man defence amid injury and COVID-19 concerns, losing all their left-backs and midfielder Bryan Cristante.

“It was a tough game, but we dominated possession, controlled it, perhaps lacked something along the vertical lines.

“Mkhitaryan had a fantastic game in that role, we were always in control, preventative marking neutralised the Genoa counter-attacks and they sat even deeper in the second half.

“At that moment, I felt Felix had a different profile and could make the difference, just as he did against Cagliari and Milan. He caused them problems with his energy, physicality and did it again.

“When he comes on, he changes the dynamics of the team. We had worked really hard, moved the ball very well and Stephan El Shaarawy made an incredible effort to adapt to this type of tactical work.

“Felix has this type of intensity, he presses the opposition, forces them to make mistakes and gave a different intensity to the side. I saw Eldor Shomurodov was running out of steam and I always felt we would win, although at times the possibility of a draw did flash across my mind. It would’ve been frustrating, but also positive for the performance.

Nicolò Zaniolo was left on the bench throughout the match after reports this week of clashes between the young player and Mourinho in training.

“The truth is this squad was not built to play this system. I think Nico could’ve played upfront more than midfield, but Genoa were playing for a point and reducing all the spaces, so it would’ve been difficult for him. I thought Felix was more suited to the situation, as he is more direct and vertical.

“I watch everything from the touchline and I was really struck by how everyone on the bench celebrated the goals. Zaniolo could’ve been sitting there with a negative attitude, but I felt the complete opposite. That means he is a team player and on Thursday or Sunday he will have the opportunity to play.”

Mourinho famously called himself the ‘Special One’ and took some time to pat himself on the back this evening too, especially as he took the media for a ride.

“I said in the press conference yesterday that all the work we did this week in training went in the bin, but it wasn’t true… I had the feeling Mkhitaryan could do everything he did tonight with his technique and experience. The only thing he didn’t do was score, but in my view he was Man of the Match.

“We had three midfielders who love the ball and they did a great job, I am very happy with this option. It’s one of those days when a coach goes home and feels really pleased with himself, because it all worked!”

This was the debut on the Genoa bench and in club football for new coach Andriy Shevchenko, who worked with Mourinho at Chelsea.

“Before kick-off, he gave me a bottle of red wine, which is a traditional gift in English football for the home coach. I also had a chat with (assistant manager Mauro) Tassotti. I am happy for me, disappointed for him, one day those positions will be changed and he will feel bad for me, happy for him.

“The great thing is that he is in love with this sport and the role of a coach. You have to be crazy about it to do this job and he is crazy about it.”

Two goals in 12 minutes for the 18-year-old! 👏 pic.twitter.com/gLsLPYdOkr

5 Comments on “Mourinho: ‘I promised Felix a new pair of boots’”