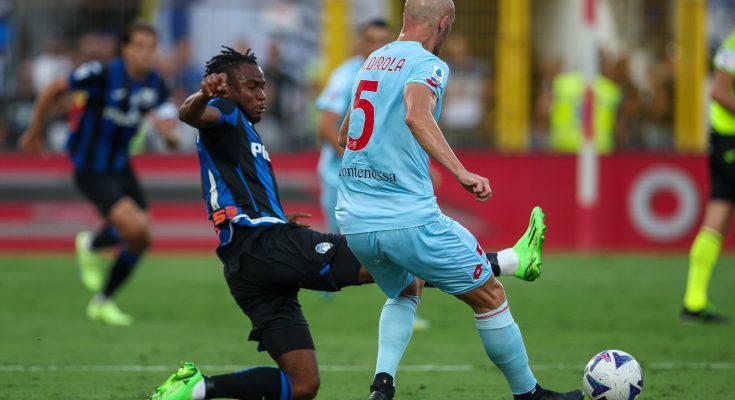 Atalanta beat Monza 2-0 at the U-Power Stadium, jumping to the top of the Serie A table, two points clear of Napoli and Milan.

Monza had a strong start with two clear-cut chances in the opening five minutes and Juan Musso was decisive on both occasions.

The Argentina international first tipped Stefano Sensi’s shot from the edge of the box over the bar and then denied Dany Mota Carvalho’s attempt from point-blank range.

The mood was very different in the second half as La Dea showed an attacking attitude creating at least two or three chances before scoring the opener.

Rasmus Højlund broke the deadlock with his first Serie A goal. It was initially disallowed for offside but then confirmed following a VAR check. The 19-year-old put the ball inside an empty net, making the most of a perfect assist from the left from Ademola Lookman.

The 24-year-old was instrumental to La Dea’s second goal, which came in a similar fashion. Ederson sprinted on the right, finding his teammate at the far post. Marlon slid, trying to block the shot but ended up inside the net with the ball.

Monza reacted through Colpani, who sent the ball wide of the near post with a left-foot finish after a solo run.

Atalanta are now the new Serie A leaders, while Monza have become the third Serie A team to face defeat in each of the opening five league games in Italy’s top flight, following Treviso in 2005 and Benevento in 2017.