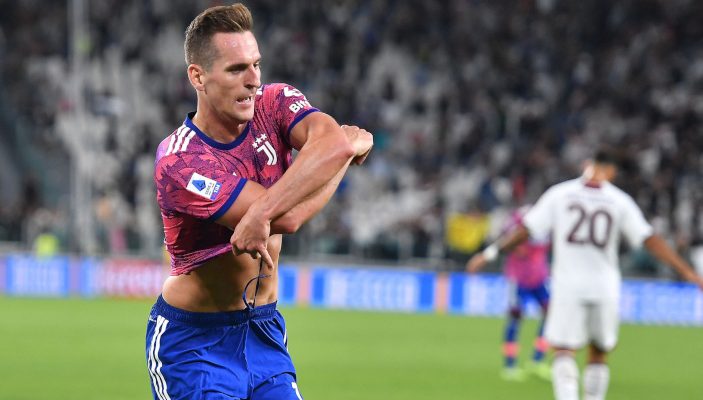 Poland international Arkadiusz Milik insists he ‘hopes to stay’ at Juventus beyond the current loan deal from Olympique Marseille and jokes about how to stop France’s Kylian Mbappé ‘with scooters.’

The World Cup Round of 16 tie kicks off on Sunday at 15.00 GMT and Milik is a contender to start with Robert Lewandowski.

He took part in the press conference today and was asked about his future, considering he is still owned by a French club.

“I am still an Olympique Marseille player today and am only on loan. The Marseille supporters really impressed me and it was a great time for me there.

Juventus do have an option to buy Milik at the end of the season for €7m plus another €2m in bonuses, but it is likely they will try to negotiate that down.

The 28-year-old has scored six goals in 17 games for Juve this season between Serie A and the Champions League.

Meanwhile, Milik was also asked if he had any advice for the Poland defenders on how to stop PSG and France star Mbappé.

“With scooters!” was his response.

“He’s one of the best in the world and so fast, so nobody can stop him individually, but we have to do it as a team.”